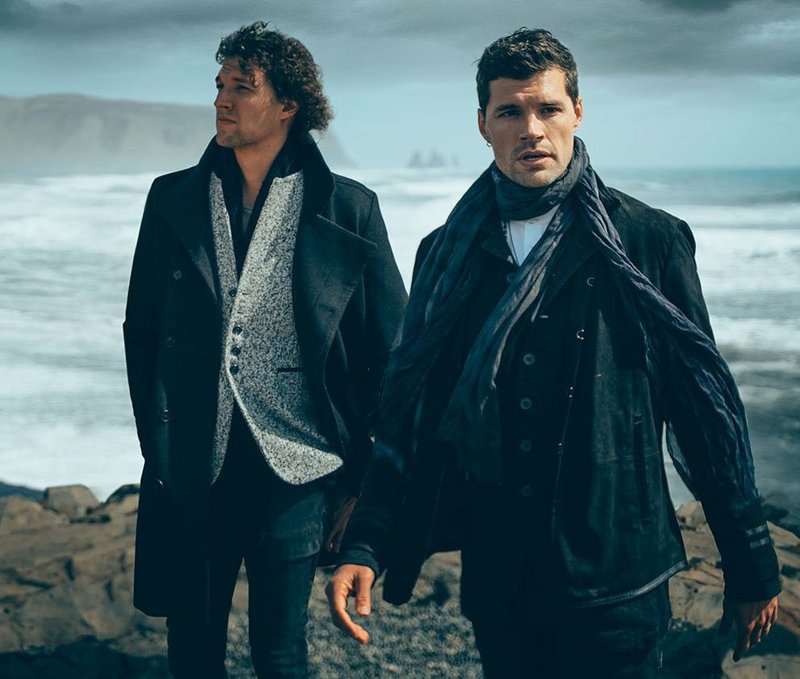 It's late August and Luke Smallbone of For King & Country, is taking it easy at home in Nashville, Tenn.

"We have an old, 1700s cabin on our property, and I'm on the deck in a rocking chair with my dog and two cats," he says. "It's a little bit of the calm before the storm."

Indeed, just a few weeks after this conversation, Luke and brother Joel would set sail on their burn the ships World Tour, which brings them back to North Little Rock's Simmons Bank Arena on Sunday.

The tour is named for the band's 2018 studio album, a collection of high-energy praise pop which has already earned a Grammy nomination for the single, "Joy."

The title cut, says 32-year-old Luke, was written around the time of For King and Country's 2014 record, Run Wild. Live Free. Love Strong.

"For us, making records is not a smooth process. It's very hard. We take a lot of time, and there is a lot of attention to detail to everything we create."

Another reason it took so long between studio albums is that the duo made a film, 2016's Priceless, directed by brother Ben Smallbone and starring Joel, about human trafficking.

"Making a record is very complicated," says Luke, one of the film's producers. "Making a film is unbelievable. I think I heard a famous Hollywood producer say that it's a miracle that a movie is ever made. It's really true."

The Smallbones were born in Australia where their dad, David, was a concert promoter. When Luke was 5, the family moved to the United States.

"It was kind of the American dream," Luke says. "You had this opportunity to start again. My dad came here with nothing, and he built this life. There are seven kids in our family, and we've all put roots down here."

And speaking of family, Luke and his wife, Courtney, are parents to three boys, ages 6, 4 and 2.

"Out on the road, I usually get to take one of the kids," he says. "Between Joel and myself, we can take family basically wherever we go. It helps keep us sane."