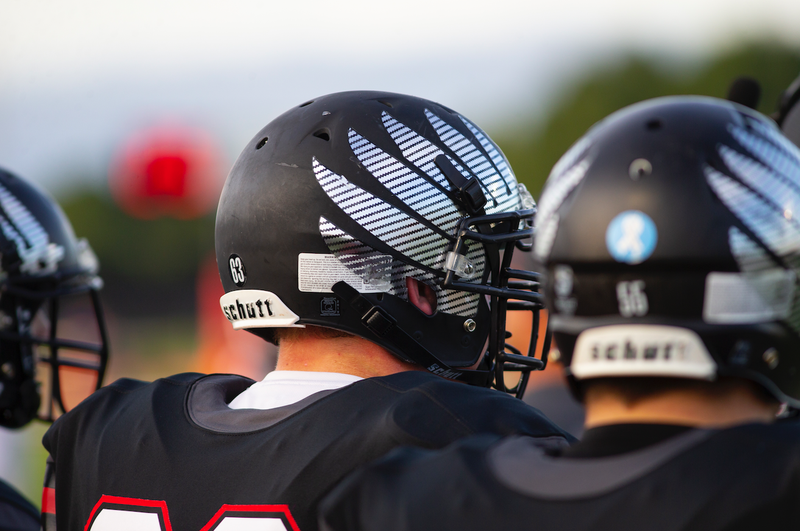 OZARK -- Ryker Martin waited until the final moment before he elected to keep the ball, and he had to almost wrestle the ball out of his teammate's hands.

Moments later, the Ozark sophomore quarterback ran into the end zone with the decisive touchdown run Friday night as Ozark advanced to the Class 4A state semifinals with a 21-14 victory over Pea Ridge at Hillbilly Stadium.

"I ran my read, and I made a good read," Martin said. "I respected my linemen, they helped me out with that. They kept on blocking. I just wanted to make sure I made the right read before I stepped in there and took off. It turned out to be the right read."

Martin, who started at quarterback after Harper Faulkenberry was injured two weeks ago against Malvern, directed Ozark (11-1) on a six-play drive after Duke Walker's interception at midfield. He kept the ball and scored from 27 yards out, and Will Timmerman's extra point made it a 21-14 game with 1 minute, 47 seconds left in the third quarter.

The Hillbillies made the lead stand as their defense knocked the ball out of Brayden Ralph's hands inside the Ozark 15 three plays later. They also forced an incomplete pass when Pea Ridge (8-5) went for it on fourth-and-9 from the Ozark 22 with 9:32 remaining and stopped quarterback Tate Busey a yard short of the first down on a fake punt attempt with 3:51 remaining.

"They just stuck in there and stopped them," Ozark coach Jeremie Burns said. "We keep finding a way to win right there."

Ozark ran seven offense plays and milked the clock down to 23 seconds before turning the ball over on downs on the Pea Ridge 17. Busey completed a pair of passes to Zak Withrow and moved the ball to the Ozark 43 with 1 second left, but Busey's last-second heave was intercepted by Ethan Foster at the 8.

The Blackhawks had another scoring opportunity go for naught late in the first half after Logan Stewart recovered a Walker fumble at the Ozark 11. Pea Ridge had a fourth-and-3 situation at the 4, but Busey's pass for Hunter Rains went incomplete.

"Ozark -- give them the credit," Pea Ridge coach Stephen Neal said. "They made the most of their chances. We had some chances to make some plays, and we did make some plays. We just didn't make enough of them.

"Our fourth-down play near the goal line didn't work, and apparently the fake punt was short on the sideline. Some chances didn't work that we had taken before. If we had to do the whole game over again, I would do the same thing."

• Martin gave Ozark a 7-0 lead with a 12-yard touchdown run, but Busey tied it at 7 with his 4-yard score with under a minute left in the first quarter.

• Ozark took a 14-7 lead into halftime on Walker's 73-yard run, but Pea Ridge tied it on the first play of the second half when Carlos Reyes intercepted a Martin pass and ran 37 yards untouched for the score.

• Friday's game was the last one in Class 4A for Pea Ridge, which makes the jump to Class 5A next season.

• Ozark travels to Pulaski Robinson, a 20-7 winner over Jonesboro Westside, for a semifinal game next week.