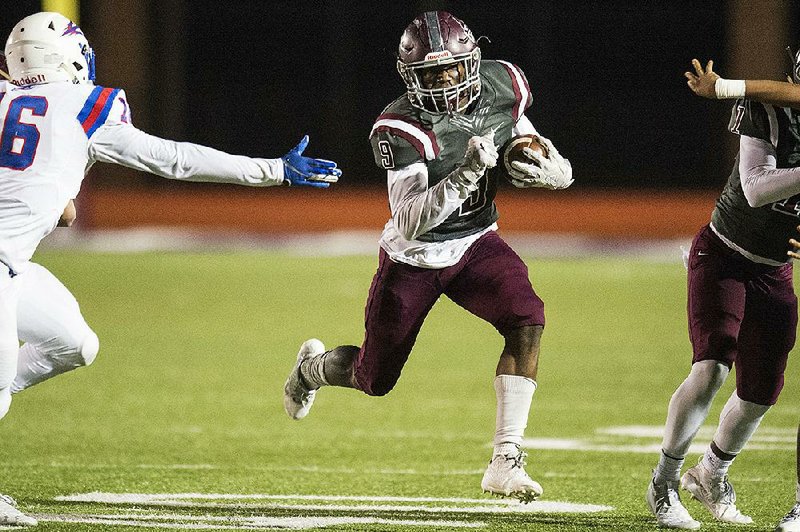 BENTON -- It might have looked as if Benton Coach Brad Harris pushed a magic button to launch his Panthers into gear Friday night during their 63-35 Class 6A semifinal victory over West Memphis.

No buttons involved, Harris said, except the one he knew he could not push when the Panthers couldn't pick up a first down and trailed 14-0 late in the first quarter.

"There's always a little bit of a question mark in the back of your mind, but we never pushed the panic button," Harris said. "That's the big thing. We took some good shots from them, and we were able to stand up. They couldn't knock us out."

Benton will make its second consecutive appearance in the Class 6A title game, this time against Searcy, at 6:30 p.m. Saturday at War Memorial Stadium in Little Rock.

Adjusting to West Memphis' zero-coverage defense was the deciding factor, and Benton did it by posting 63 points and 569 yards, with all of the points and more than 500 of the yards coming in the final three quarters.

West Memphis (7-5) came out challenging the run and playing man-to-man coverage, and Benton gained 9 yards, threw an interception that was returned for a touchdown, and did not pick up a first down on its first three series.

The Panthers' defense recovered two West Memphis fumbles deep in their territory, and there was a missed 37-yard field goal attempt by Collin Clark that could have made it 17-0 for the Blue Devils.

"They get off the bus ready to play, I'll tell you," Harris said.

Blue Devils Coach Billy Elmore said there was no single play that turned the game around.

"When they started getting after our zero coverage, when we were playing with nobody free, I think that was the biggest thing," Elmore said. "Momentum started shifting toward them in the second quarter."

Just ask Benton junior quarterback Garrett Brown, who started the game 2-of-6 passing for 8 yards, with 1 pass interception returned 22 yards for a touchdown.

He finished the game completing 25 of 35 passes for 471 yards and 6 touchdowns, with five different receivers catching at least one touchdown pass.

The Panthers also scored two rushing touchdowns -- on third-quarter runs of 5 and 3 yards by Casey Johnson (16-84).

They also scored on a 45-yard kickoff return by Jaden Woolbright, who picked up an onside-kick attempt early in the fourth quarter and ran past the Blue Devils without being touched.

Benton blew past West Memphis with a 35-point gust that started with 6:01 to play in the first half and ended with 6:38 to go in the third quarter.

"We've been able to keep people off balance," Elmore said. "They kind of figured us out there in the second quarter."

Brown said the coaches made the adjustments and the offense executed, but it was to an extreme he has never experienced.

He said the coaches realized the Panthers wouldn't be able to run it against the Blue Devils, and that they couldn't keep trying to hit deep balls.

"We figured out what our best game plan was, executed it and carried us to 63 points," Brown said.

"I think just about everybody got a touchdown," Brown said.

Harris said the Panthers were not shocked by what West Memphis did.

"But they gave us a little bit different box look and more pressure than they had earlier in the year," he said. "They brought some pressure, but they were bringing some gas, some heat after us early." 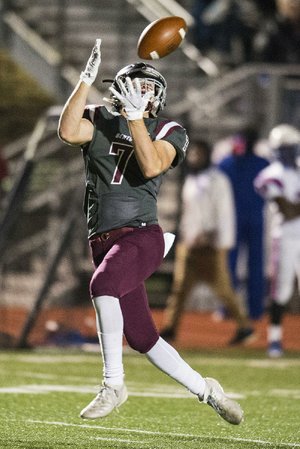