From the risk-taking director of Dazed and Confused, Boyhood, Bernie, A Scanner Darkly, Before Sunrise/Sunset/Midnight comes this intriguing comedic drama that achieves its most successful moments whenever Cate Blanchett is on screen.

She plays the title character -- Bernadette Branch -- a brilliant architect who takes a snarly approach to life after choosing to let a career-bombing incident ruin her future. Despite great affection for her delightful and dedicated 15-year-old daughter Bee Branch (Emma Nelson) and accommodating tech-visionary husband Elgie (Billy Crudup), this is a woman at war with the world.

Her displeasure is displayed mostly through witty cruelty to those who cross her, particularly her whiny neighbor (Kristen Wiig). And her distance from reality is reflected by letting a virtual assistant handle far too many aspects of her existence, with disastrous results.

Eventually, it's all too much, and Bernadette takes action. So does her family, and that put-upon neighbor. Although the last half-hour collapses under the weight of unpredictability, the story up to that point is lively, involving, and well worth watching.

Hotel by the River (not rated, 1 hour, 36 minutes) A textured and complex tale set against a cool black-and-white winter backdrop, this is a look at love and loss through the viewpoint of an elderly poet, who invites his estranged sons to join him at a isolated hotel for what may be their final reunion, where he encounters a newly single woman and her friend there to overcome difficulties of their own. Similarities in their situations bring them together. With Ju-bong Gi, Seon-mi Song, Min-hee Kim, Hae-hyo Kwon, Joon-sang Yoo; directed and written by Sang-soo Hong. Subtitled.

Mary (R, 1 hour, 24 minutes) A failure, even by the uneven standards of horror films, Mary blows every chance it gets to be frightening in a lame story of a struggling boat captain (Gary Oldman) who buys an abandoned ship to benefit his family, only to discover it contains characteristics that make it a poor choice for their maiden voyage. With Emily Mortimer, Jennifer Esposito, Stephanie Scott, Owen Teague; directed by Michael Goi.

Stay Out Stay Alive (not rated, 1 hour, 25 minutes) An unusual approach to psychological horror is presented in this unsettling tale of young hikers who, when exploring an abandoned 19th-century gold mine near Yosemite, experience an earthquake that pins one of them beneath a rock; do they call for help to save her, or enrich themselves with the gold that remains in the mine? With Brandon Wardle, Brie Mattson, Sage Mears; written and directed by Dean Yurke. 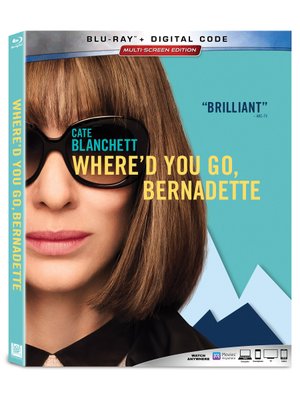