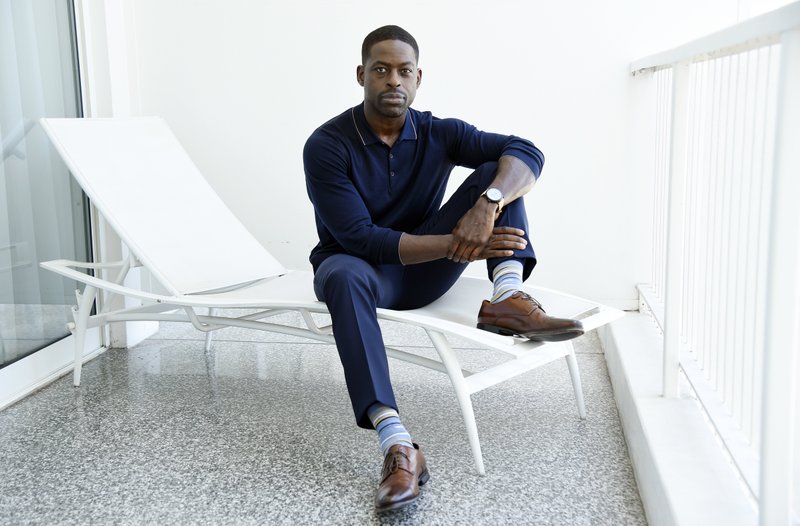 Sterling K. Brown has made Waves in Hollywood since taking the lead role in NBC's This Is Us, a TV hit that regularly attracts a legion of devoted fans. The actor would like to take every role he's offered but is learning to be more selective. (Photo by Chris Pizzello via AP/Invision)

NEW YORK — With a hit TV series, awards, plus film and TV opportunities, Sterling K. Brown admits he has experienced "a lot of pinch-me moments" in recent years. But, with all those possibilities and offers, the 43-year-old has also learned a very important lesson — how to say no.

"'No' has become my best friend," said Brown without hesitation during an interview in a New York hotel suite.

He says it's not an ungrateful no, but a "no, with integrity" and shares an example.

"'Honestly, I appreciate your consideration of me to be a part of this project, but at this particular time, this is what's on my slate and I have to say no.'"

But when he says yes, the This Is Us star picks some pretty powerful projects. Besides his Emmy-winning role on the NBC drama that regularly elicits tears from its viewers, Brown has three roles coming out this season that will likely amplify his rapidly rising star in Hollywood.

The first comes in Waves, in which he plays a demanding father who pushes his son to reach perfection — until the teenager reaches his breaking point.

"He's a dad that I know. He's not my dad. And hopefully I'm not that dad necessarily to my children, but he is a dad that I know," said Brown, who has two sons, ages 4 and 8, with his wife, actress Ryan Michelle Bathe.

There's a point in the film when Brown's character, Ronald, laments to his son that the expectations put upon him are great because he's a young black man.

Brown says that's something his mother imparted to him — "you've got to be twice as good to get far," he recalls her saying — and he has even begun to broach it "in a way" with his oldest son.

"I feel like it's conscious and unconscious," said the actor.

"You try to give them the mentality to know that, it's not the same walk. Your young, white counterparts can make certain sorts of mistakes and they'll be called 'boys being boys.' But when a young, black boy does the exact same thing, the repercussions, the ramifications are just different. I don't think that's a bad lesson." 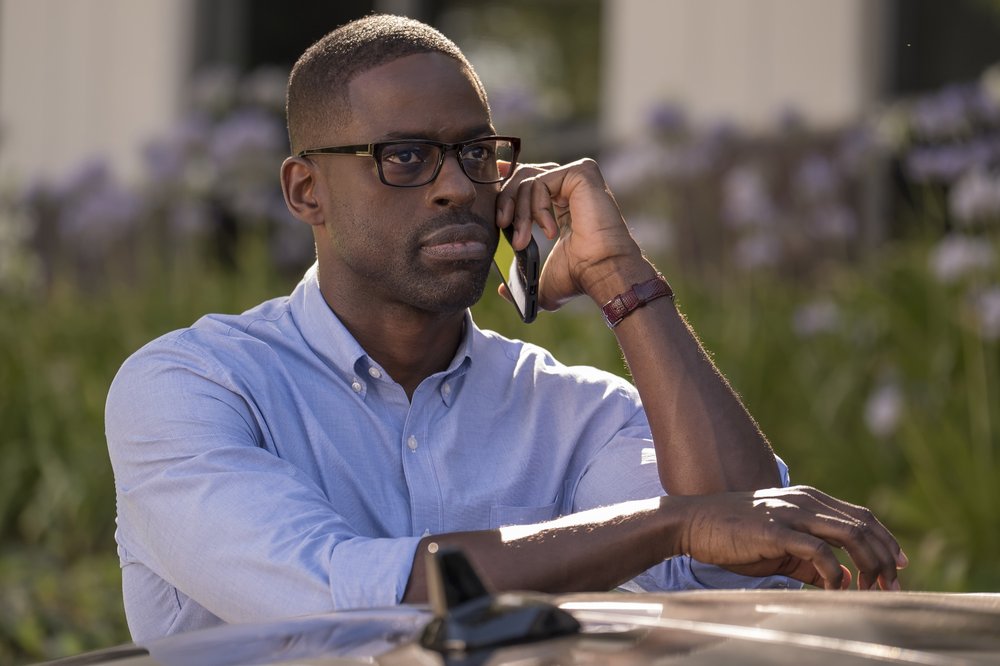 Sterling K. Brown plays Randall on the hit TV show This Is Us, a weekly emotional roller coaster that leaves fans either giddy or in tears. (Photo by Ron Batzdorff via NBC)

While Waves grapples with weighty subjects and has garnered some early Oscar buzz, his other film project of the fall is a more joyful experience — and a sure blockbuster: He stars in Frozen II in a supporting role as a figure from Elsa and Anna's past.

While he's glad to be in something his children can enjoy, there's a self-serving reason he took the job. He's a self-professed "Disney fiend."

"I would go to see animated films all the time opening weekend before I had children," he said. "The Toy Story trilogy is my joint. The Incredibles is stupid! I remember going to see Kung Fu Panda ... and weeping like a baby."

He particularly enjoyed getting to peek behind the curtain into how animated films get made.

"They're so detail-oriented because different faces make different sounds. The way that I smile they're like, 'You have a really big smile,' so they tried to incorporate that into the character. I watched it, and I can see it."

And in December, we'll see Brown jump into the fast-talking, colorful, world of Amazon's Emmy-winning The Marvelous Mrs. Maisel. It's a role that he says executive producers Amy Sherman-Palladino and Dan Palladino wrote with him in mind.

"It's a whole other playground. The Palladinos' playground," Brown said. "They write eight-page lines and as soon as you mess up you go back to the top and you do it again. It's like doing theater, which I appreciate because I come from NYU (New York University) and I've got a theater background."

Maisel and Frozen II not only benefit from Brown's considerable acting prowess and star power but also gain diversity. Helping increase quality opportunities for actors of color is a key priority for Brown, and led him to create his own production company, Indian Meadows, named after his hometown neighborhood in St. Louis. On the docket: a film co-starring Kerry Washington that they each will help produce.

Brown hopes to produce smart, sophisticated work that he says he often didn't see when he was just entering the business.

"I think when I came out of school, the UPN and the WB hadn't merged into The CW yet. There were a lot of shows that were ... 'simple' is not the word, but, I don't know, you could do laundry while you watched it. You didn't have to really pay attention to what was transpiring in terms of the story that was being told," he said.

"In my career, I played one side of the law or the other. I was a cop, or I was a bad guy. I would turn on the TV, and I'd see the ultra-rich or the ultra-poor," he added. "Do I see the middle where I think most of the people that I know actually exist? I'm just trying to make television and film that reflects."

Brown's ability to mine the middle ground to show great layers and depth has made him one of Hollywood's most sought-after actors, with two Emmys among the many honors he has collected in just a few short years.

It's a key reason why Waves director Trey Edward Shults sought him out for his film — but not the only one.

"I would watch his interviews and just follow his social media, and he seems like a healthy, smart, intelligent, amazing man with amazing energy," Shults said. "That proved to be true. I try to make stuff with talented actors who are also good people."

And after those early years playing one-dimensional roles like the cop or the bad guy, Brown is glad to be in a groove where showing his range is just a typical day at the office.

"You're constantly trying to broaden people's minds," he said. "I want to do it all and be like Tom Hanks, man."