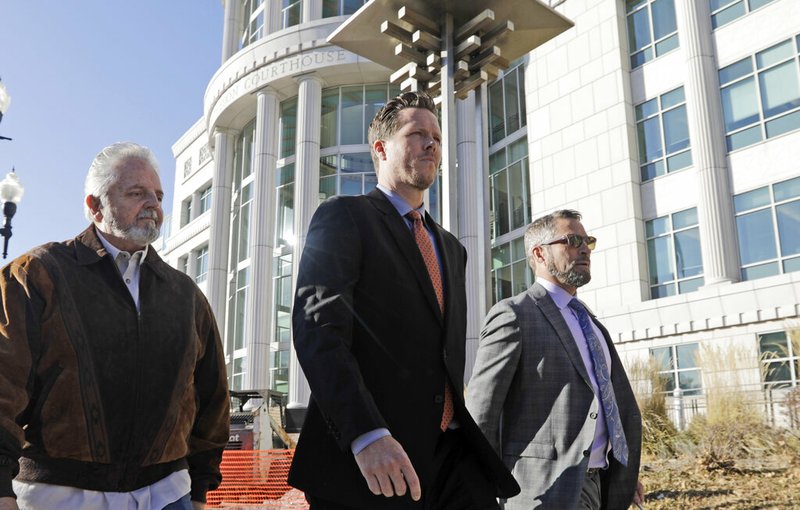 FAYETTEVILLE -- The Arizona adoption attorney charged with 19 federal crimes involving illegally enticing women to give up their babies asked for a 10-month delay in his trial date in a motion filed Monday.

"As this court is aware, defendant not only faces criminal allegations in this court, but he has also been indicted by the state of Arizona and the state of Utah," says the motion filed in U.S. District Court in Fayetteville. The motion asked the trial be delayed from Dec. 9 to October.

The federal indictment accuses Petersen of paying pregnant women from the Marshall Islands, a small nation in the western Pacific, to give up their children for adoption. He paid their airfare to the United States for that purpose and then gave them airfare home, all in violation of a specific clause in a treaty with the islands' government, his indictment says.

U.S. Attorney Duane "Dak" Kees estimated Petersen's firm oversaw about 30 such adoptions a year or more in Arkansas beginning in 2014 or earlier. Petersen also organized such adoptions in Arizona and Utah, according to state charges in those jurisdictions. His charges in Arizona include illegally signing up those birth mothers, who were temporary residents, for Medicaid benefits only allowed to permanent residents of that state.

"Additionally, the defense investigation into this matter will literally require work in at least three separate states and potentially a foreign nation, the Republic of Marshall Islands," the motion says.

The U.S. Attorney's office does not oppose the delay request, the motion says.

In addition to the criminal charges, Petersen faces a civil lawsuit by 13 couples who were prospective adoptive parents at the time of his arrest in October. The suit is filed in Washington County Circuit Court. In Arizona, he faces a dispute with the Maricopa County, Ariz., Board of Supervisors. The board suspended him from his duties as county assessor, an elected position, after his arrest.