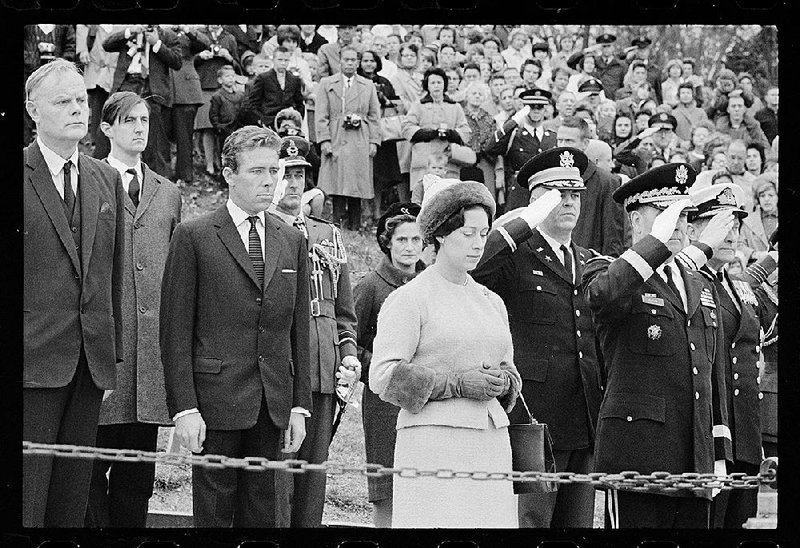 Princess Margaret and Lord Snowdon visit the United States in 1965.

The Crown may be billed as purely entertainment, but it's prompting audiences to conduct some light research on the side.

Netflix's British royalty drama opened its third season Nov. 17 with episodes that focused on certain people and events, and it seems that viewers cued up their second screens to find out more. Such "second-screening" has become a staple of TV watching.

Visits to Wikipedia pages related to the first episodes spiked after the show's return, according to data provided by the website. The data compare the three days before the premiere of The Crown (Nov. 14-16) to the three days after (Nov. 17-19).

During 2017, when Season 2 of The Crown premiered and Prince Harry proposed to Meghan Markle, Queen Elizabeth II's Wikipedia page became the third-most-visited English-language entry on the site. A Wikipedia editor at the time was struck by "the terrific power of Netflix" in particular, and said the strong performance of royal-adjacent entries "should act to dispel the myth that no one cares about the monarchy."

But Episode 2, "Margaretology," which focused on Princess Margaret and her 1965 dinner at the White House with President Lyndon Johnson, may have made the flashy royal's Wikipedia entry the most popular Crown-adjacent page. It received 707,883 page views, which is even more than Queen Elizabeth's received (542,144) in the same time period. Before the show's premiere, the princess's page had 82,637 views and the queen's had 138,578.

Interest in the "Aberfan disaster" soared, with the associated Wikipedia entry receiving 676,835 views, which was up from 7,697 in the days before the show's return for an increase of 8,693%. The third episode, entitled "Aberfan," is about a 1966 disaster in a Welsh village.

Episode 4, "Bubbikins," introduced Prince Phillip's mother, Princess Alice of Battenberg, as a chain-smoking elderly nun who endured great difficulties and emerged with a heart of gold. Interest in the real-life Alice skyrocketed after the show's return; her Wikipedia entry went from 11,411 page views before the show's return to 516,796 after (that's a jump of 4,429%).

Although page views are just one metric used to measure a website's popularity, the Wikipedia data provide some insight into the popularity of the show and audience's viewing habits -- especially since Netflix typically doesn't disclose viewership data.

In one of Nielsen's quarterly reports last year, 45% of adults responded they used a second screen "very often" or "always" when watching TV. And of those second-screeners, 71% said they use another device to look up information related to the content on their televisions. 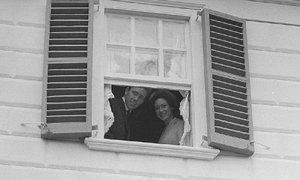 Photo by Library of Congress Prints and Photographs Division
Princess Margaret and Lord Snowdon visit Mount Vernon during their sometimes scandalous visit to the U.S. in 1965.