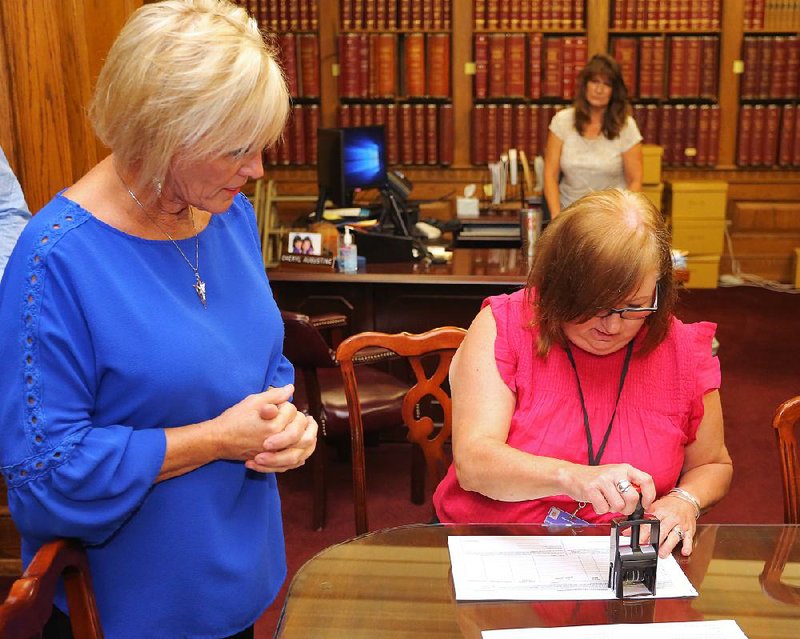 With Election Day still nearly a year away, battle lines are beginning to form in the conflict over whether Arkansas should further legalize marijuana, this time for recreational use.

Canvassers for two recreational cannabis initiatives are in the early stages of gathering signatures, with thousands already on paper.

Meanwhile, opponents of the drug have begun actively discouraging registered voters from signing petitions for either group, and those opponents also are preparing for a campaign against them in 2020.

A new petitioning process and lack of funding have made getting a proposed constitutional amendment on the ballot more difficult, sponsors of both pro-marijuana groups said in interviews last week, but they were optimistic about obtaining the requisite 89,151 registered voters' signatures by July.

"I don't foresee any problems, and I think we'll be pretty smooth sailing and make the ballot," said Melissa Fults, a marijuana advocate and sponsor of two proposals -- the Arkansas Adult Use Cannabis Amendment and Arkansas Marijuana Expungement Amendment. "We're going to make sure every i is dotted and every t crossed."

Meanwhile, Mary Lou Berry, one of the lead organizers of the competing Arkansas Recreational Marijuana Amendment of 2020, said she was "hopeful" that her group would reach the signature threshold

"As long as everybody gets on the ball and more petitions get out there," she said. "We just need more volunteers. It seems like everybody is waiting for everyone else to get involved."

Berry and Fults said that most voters they've approached have been willing to sign the petitions.

On the other hand, Sen. Cecile Bledsoe, R-Rogers, is leading an effort urging people against signing the petitions.

In an interview Friday, she said researchers have found that marijuana use can negatively affect cognition, particularly in teenagers and young adults.

Bledsoe said the effort -- dubbed "Just Don't Sign" -- is important even in the early stages of gathering signatures because she fears that if either amendment qualifies for the ballot, it will have a favorable chance of passing.

"That's all you have to do, just don't sign," Bledsoe said. "Just smile and say, 'No, thank you,' and walk away. It's not hard, and you can still be polite and friendly."

Both of the proponent groups' amendments would do basically the same thing -- legalize marijuana for recreational use and expunge past marijuana convictions -- but they differ in the details.

Fults submitted separate amendments to avoid a potential legal challenge that would allege the group was attempting to "logroll" two issues into the same amendment. The Arkansas Supreme Court has ruled against proposed amendments that have changes that would alter different areas of the constitution.

The regulatory framework adopted under Berry's Arkansas Recreational Marijuana Amendment would be more lax than that proposed by the Arkansas Adult Use Cannabis Amendment, but both would allow people to grow their own cannabis at home.

Each group must submit petitions by July 3. Next, the state Board of Election Commissioners must certify that a proposal's ballot title and popular name are sufficient, under Act 376 of 2019. If they qualify for the ballot and survive legal challenges, the proposals would be on the Nov. 3 general election ballot.

"That's an awful lot of work up front to have someone say you don't have the right word here or there," Fults said.

If legalized, Arkansas would be the 12th state -- and the first Southern state -- where cannabis legally can be used recreationally.

In the past four years, 10 states have passed expungement measures similar to those included in the proposals, according to the National Conference of State Legislatures.

Republican Gov. Asa Hutchinson has already said he opposes legalizing cannabis beyond medical purposes, and some conservative groups -- like the Family Council -- have announced opposition to the measures.

Jerry Cox, executive director of the Family Council, said the group would begin a more active campaign against the marijuana measure later next year if it appears the three proposals will qualify for the ballot. He said marijuana opponents face an uphill battle, especially in fundraising.

"The problem we always face, being on the 'against' side of these kinds of measures, is the marijuana industry has extremely deep pockets," Cox said. "For them, it's market expansion into Arkansas. At the same time, there's not some vested interest in Arkansas that's going to make money if the measure doesn't pass."

Arkansans approved Amendment 98 to the Arkansas Constitution in 2016 to legalize marijuana for medical use for patients with one of 18 qualifying conditions.

The program has been slow to get off the ground, but 11 dispensaries and four growing centers are now operating. Once the market matures, there will be five growing companies and 32 retailers.

Medical cannabis sales passed $20.2 million this month, according to the Arkansas Department of Finance and Administration. The first dispensary opened in May.

While both Fults and Berry believe their respective amendments are superior, both encouraged voters to sign all the amendments in case one is rejected by state officials.

"They all need to be signed," Berry said. "It's all up in the air what's going to pass." 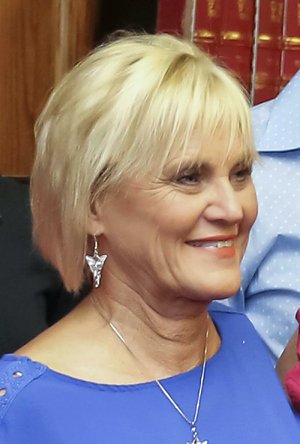 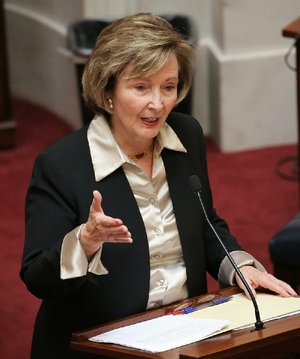 Print Headline: Push on to get marijuana proposals on Arkansas ballot; foes in state also gearing up for ’20