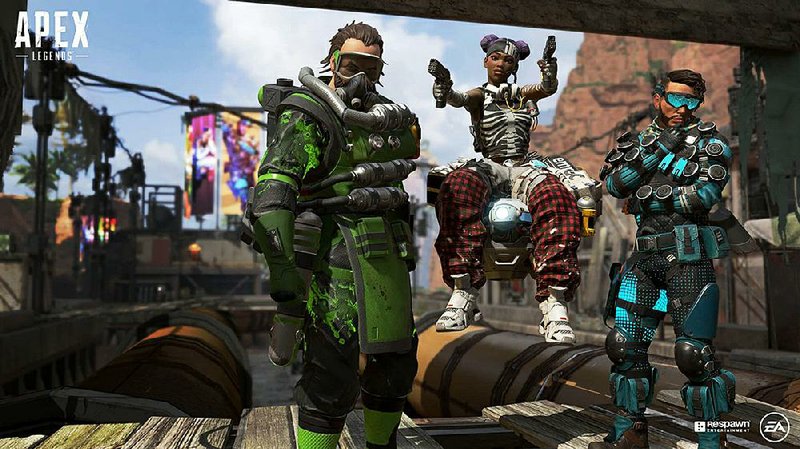 Tutors offers to accelerate a player’s mastery of video games like “Apex Legends.”

Anthony Yeo remembered the panic. Playing "Fortnite" with his niece Poppy Ford, whenever their foes' shots found him, he would wildly build cover, hastily assembling any kind of fortification to stave off elimination.

"Now what do I do?" Yeo, 46, asked his niece over a video chat. The 13-year-old "Fortnite" veteran replied: "Breathe, keep a level head and you get out of there."

The lesson had been mastered by Poppy, an avid "Fortnite" player, but it required a little drilling before Yeo could embrace it. It was a lesson taught to them by Cody Lefevre, a 26-year-old lacrosse coach and elementary school PE teacher in Colorado who, for $175 per 90 minutes, moonlights as a coach for aspiring "Fortnite" amateurs.

The increased prevalence of competitive video games in social circles worldwide, particularly with young people, has sparked a desire for improvement. In turn, that has fostered a cottage industry for accomplished gamers to instruct the less-savvy in the ways of smart playing. Just as some people seek out a tennis or golf coach to assist them in their weekly matches with friends, so too are children and adults enlisting people like Lefevre to level up their online abilities.

Video games are expected to generate $152 billion in revenue this year, according to market analytics firm Newzoo, and esports events are awarding more and more in cash prizes. A 16-year-old recently won $3 million in the Fortnite World Cup, while the total prize pool for The International, a world championship-caliber event centered on the game "DOTA 2," exceeded $34 million. The International's pool exceeds that of The Masters by nearly three times and a little more than half of what the PGA Tour doles out for its season-ending tour championship.

Yeo and Poppy aren't aiming to become esports pros, but they do want to win more often when they play together. While they are related, they're separated by the Pacific Ocean, Poppy in Australia and Yeo in Los Angeles, and playing is one way for them to keep in touch.

Yeo wanted to surprise Poppy with some improved "Fortnite" skills and bought a session for himself and Poppy when he felt he was falling behind in the game. Yeo found Lefevre on Fiverr, an online services website like Angie's List. Training in the game's consequence-free creative mode, the coach has helped them build bigger and aim better.

Poppy streams her gameplay occasionally under the name Popstar-Poppy; her mom moderates the chat to ensure it's family-friendly. She's good at the game but said she doesn't want to be a professional.

The appeal for those seeking instruction for themselves or their children goes beyond a potential pro career. Parents want their kids to enjoy video games without losing all the time, which can bring dissatisfaction and frustration. Coaches interviewed by The Washington Post say they believe improving in any video game improves a child's self-esteem, helps them learn more efficiently and gives them a better appreciation for the games.

"Learning how to be great at one thing can help with something else as well," Lefevre said. "It's smart learning and being very efficient with their time ... It feels like some people would think it's just a video game, but there's character development. I can help them be a better person."

Tutors come from all walks of life and live around the world. Rates vary, as does the setting for the lessons, with some coaches syncing with students online while others meet in person at an actual building. The one thing the instructors have in common is that they are good at a particular game.

Given that many of the students in these situations are children, safety is a concern often asked about by parents who want to make sure they're not entrusting their kids to a potential predator. Many sites do background checks, and most interactions are isolated to online environments.

FROM COP TO COACH

A typical coach-student relationship starts with setting goals the player wants to achieve. Then coaches help students tinker with their computer settings, watch their gameplay, share strategies and tips and eventually play with the student.

Frankfurt native Benjamin Delibegovic, who studied eight semesters to be an educator and now works full time as a police officer, is a part-time "Apex Legends" coach. He applies to the game what he learned in police training -- use cover, watch line of sight and try to approach threats from behind. Apart from strategy, Delibegovic said, having a positive mindset is important, not only for the success of the student but his success as a teacher.

"I take that aspect of motivation into my coaching sessions and also trying to tell them, 'don't be frustrated when you die,'" Delibegovic said. "Just say, 'Hmm OK. What can I do to not die next time?' and motivate them."

Online matchmaking services like Fiverr, and a host of startups such as G-pprentice, are trying to monetize this new line of work by connecting coaches with clients. Some established coaches provide their services through specialized platforms including Gamer Sensei and ProGuides.

The closest comparison is the ride-sharing economy, but unlike that industry, coaching prices vary dramatically, depending on how many hours per week coaches work and their skill level. Some charge as little as $7.50 per hour while more well-known coaches found on ProGuides, such as Dmitry "Redmercy" Garanin, could make as much as $2,000 per month.

Some, like 28-year-old Kevin Tolin from Greenville, Ala., say they aren't in it for the money.

"I'm teaching you something but also having fun together," Tolin said. "I'm not looking for the pay."

Retired professional players and influencers found on Gamer Sensei and ProGuides are looking to make this a full- or part-time career. They still get to play the game they love and make money while they do it. Sometimes, clients will pay a premium just to play with a professional.

"I'm picking ProGuides over streaming and having more fun and [more] income," said former pro "League of Legends" player Andres Zamora, now CEO of Dark Horse, an esports team based in Chile. "I help them with the knowledge I have, and the student feels comfortable, learns and has fun whether they win or lose."

Attracting new clients is difficult, but some coaches leverage lessons from their full-time jobs to garner interest from parents in video game tutoring. "I've worked for five years as a barber, and getting referrals is extremely important," Erickson said.

That's where the endorsements of players such as Yeo and Poppy can help, even if the lessons don't always stick. What was it that Yeo is supposed to remember when he starts feeling enemy fire? 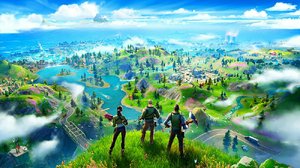 Photo by Epic Games
Players can hire a tutor to improve their skill at games like “Fortnite.”