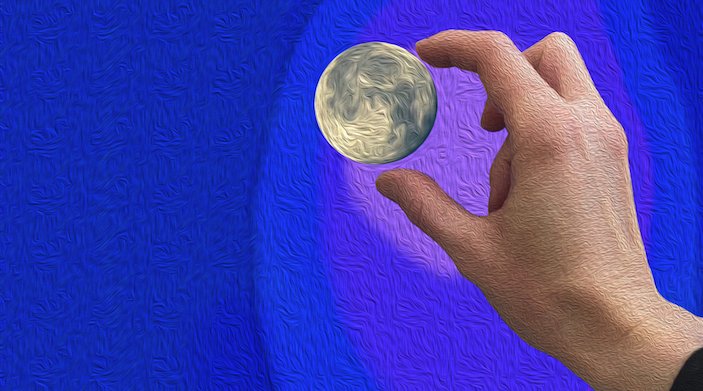 What would happen if you actually touched the moon?

Twelve people have walked on the moon since humans landed there 50 years ago, but no one has ever directly touched its surface.

Those astronauts wore their spacesuits outside the lander. No one ever took off a glove or a boot while standing on the moon.

"Once we got inside and took off our suits and gloves, we did have some lunar dust on the floor, and rocks that were not bagged," Apollo astronaut Charlie Duke, who walked on the moon in 1972, called to tell me. "On the way home, I collected the rocks floating around the spacecraft. One would come floating by, and I just picked it up and put it in my garment pocket. When I got back, I stuck them in a little jar that was about the size of a prescription bottle, and then I turned them back in to NASA."

Touching lunar rocks inside a spacecraft, or in a museum, is one thing; removing a glove and exposing yourself to the vacuum of space is another. In science fiction, terrible things befall such astronauts: Their blood boils away, their insides get sucked out.

But removing a glove wouldn't necessarily be instantly fatal. For the most part, human skin is tough enough to handle brief exposure to a vacuum. If you had a custom spacesuit with a seal around your forearm, you could probably remove your glove during a moonwalk without suffering permanent damage.

It definitely wouldn't be comfortable. In 1960, during a high-altitude balloon test, Air Force Col. Joe Kittinger's pressure glove sprang a leak, exposing his right hand to near-vacuum conditions for several hours. His hand swelled up and went numb, but he suffered no permanent damage.

That's how the vacuum would feel.

What about the moon? Is it hot or cold?

It depends on where you're standing. On Earth, the hottest sunbaked rocks might reach 170 degrees, but on the moon -- where the sun stays visible for weeks at a time, it never gets cloudy and there's no breeze to carry away the heat -- it gets even hotter.

Apollo 16 landed in the lunar morning when sun was low in the sky, but as the sun rose the ground heated up. By the time they left, Duke said, "the surface was well over 200 degrees." The dark night side, with two weeks of darkness and no insulating blanket of air, gets colder than Antarctica in the dead of winter.

Surprisingly, the temperature of the dust would not be a huge danger to your hand. Lunar dust is a great insulator -- it's full of hollows and crevices, and the lack of air prevents heat from flowing from one part of the soil to another (or to your skin).

Based on measurements of the lunar soil and NASA guidelines on skin contact with hot objects, you would probably be able to press a bare hand against the hottest lunar soil without feeling uncomfortably warm.

But if your hand hit a rock, you might find yourself yanking it back in pain. It's like when you take hot clothes straight out of the dryer: Even if all the parts of the clothes are the same (hot) temperature, the lightweight, insulating fabric feels pleasantly warm, whereas the dense, conductive zippers can burn you.

"There's only one time I remember feeling the heat from the lunar surface," Duke said. The crew had left a metal frame, part of an experiment, in direct sunlight for a couple of days. "When I picked it up, I could feel the heat from that aluminum frame through my gloves. It wasn't enough to, uh, to be worried about; you just thought, 'This thing's really hot.'"

Moon dust may not burn you, but it's no picnic. Like Earth sand, moon dust is effectively made of tiny glass shards, but the sharp edges have not been worn down by erosion. As a result, it can be pretty unhealthy.

But as long as you avoided touching rocks or metal, washed your hands afterward and didn't mind some temporary swelling, you could probably touch the moon and survive. 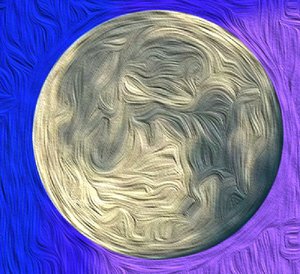 Photo by Celia Storey
What would happen if you actually touched the moon?