Down goes Emeritus: Hunter gets long-awaited shot at elderly buck 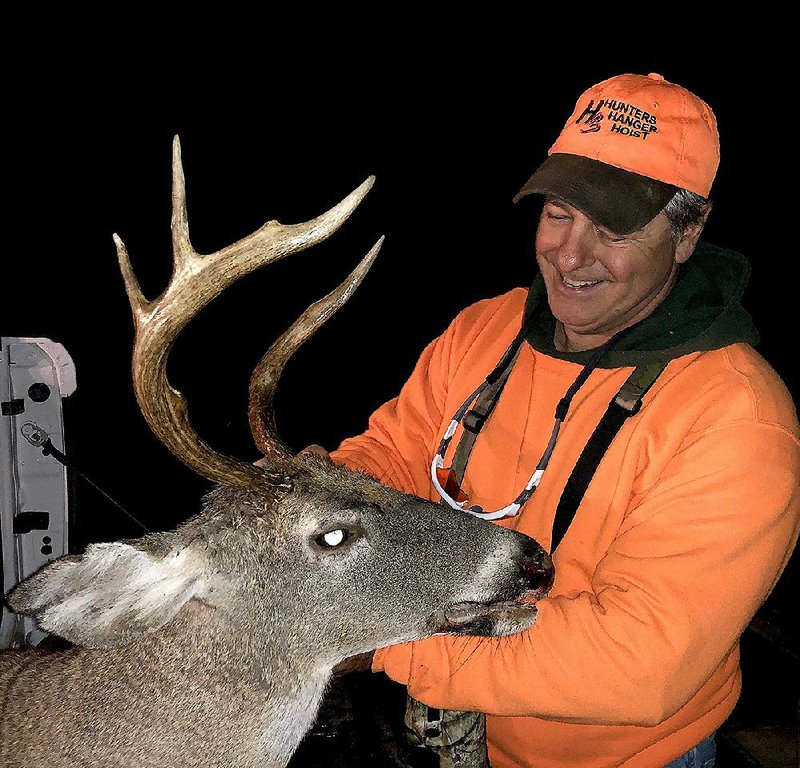 The author killed this elusive, elderly buck Nov. 15 in Grant County. The buck, estimated to be 8-10 years old, lived its entire life with a 1x2 rack. It finally grew a third point this year, making it legal to hunt.

He was the Buck Emeritus of the Old Belfast Hunting Club.

Until October, he also was a source of endless frustration among hunters at the sprawling property in northern Grant County. We had followed his charmed life in the pines for years through images taken from our remote cameras.

The buck was broad, muscular and thick, with a distinctive crown that, ironically, was his salvation. Despite impressive mass, one antler sported just two points, and the other antler had none. He had sailed through life as a 1x2, protected by a regulation that requires a buck to have at least three points on one antler to be legally killed by an adult hunter.

We all hoped our children or grandchildren would get that buck, but he rarely appeared in daylight. I got a daylight photo of him only once in 2018, on a school day. He eluded our cameras for most of 2019, leading us to believe he had died of old age.

On Nov. 2, he finally reappeared on camera at 6:20 p.m. A cheer went up in camp when we saw that he had finally grown a third point. The elderly ghost was finally legal.

Tim Griffis of Lonoke recalled a similar buck that tormented the members of his club in Lonoke County.

"We called him 'Swords,' " Griffis wrote in a text. "He was a huge 4-point, just like him. We recruited every kid we could get one day to take him out, but he never presented himself. We figured he finally died, thank goodness."

Zack Smith's camera captured the Nov. 2 photo. Smith, manager of Worldwide Weapons in Bryant, vowed to bag Emeritus. Ross Romine, a railroad engineer, actually had him in his scope in the first week of modern gun season, but he was unable to distinguish a third point.

"I had to let him walk," Ross Romine said.

I had a fine opening week, having killed a 6-point buck Nov. 12 and a doe Nov. 14. The season was young, and I was determined to fill my second buck tag with a mature deer.

Mature bucks do not enter the clearings where I hunt. I only catch a glimpse of them drifting through thick cover. Occasionally they cross narrow lanes in places where I can capitalize.

Early in the week, I made a mock scrape at a place in a thicket that gave me a clear shot from my stand. I scraped away the pine duff to reveal bare dirt under a low-hanging limb.

It is illegal in Arkansas to use scents and lures containing natural deer urine, so I sprinkled a small amount of Nut Grub over the scrape. Two days later, the scrape was about 50% larger and covered with deer tracks.

It was nearly imperceptible, but I heard a delicate rustling in the woods. Having stared at a phone screen for an hour, my eyes took a few moments to adjust to the fading light. I put on my prescription Oakley sunglasses, and their high definition persimmon lenses lit up the woods. A big-bodied deer was pawing the scrape. It had antlers.

My Bushnell Nitro binoculars gave me a better look. The buck saw the movement and stared at my stand for about seven minutes. Shaking from cold and excitement, I rested the binoculars on the rail for a steadier view. The buck's body was like a barrel, with a deep chest and a pot belly. His head was long and angular, with mulish ears. Wide, gray circles ringed his eyes, with a wide swatch of gray around his muzzle.

The rack was tall, but was disproportionately small against the swollen neck and massive body. Because of the headlong view, I could not see points. Was this one of the big cowhorn spikes that our cameras occasionally capture, or was it another 1x2?

Finally, the buck turned his head. The right antler was a scimitar spike, but there was no doubt about the left antler. It had three points. Hallelujah, it was the Emeritus!

Crouching below the siding, I slipped my ear plugs in place.

Rising slowly, I leveled my trusty Ruger M77 in 6.5x55 Swedish with my left hand on the forearm to keep the sling swivel from squeaking. Resting the stock on the leather sling atop the rail, I centered the crosshairs on the rear curve of the shoulder, eased the safety forward and touched off a handload tipped with a 140-grain Remington Core-Lokt powered by 44.5 grains of IMR-4831 and a Remington 91/2 primer.

The Swede roared. The buck bounded slowly into the thicket with its tail high, but his final gallop lasted 25 yards.

Mike Romine, who was hunting about a half mile away, texted a single question mark.

"I got that glorious son of a gun," I replied, or something to that effect.

I replied with photos, and our phones came abuzz with happy chatter.

Emeritus weighed 162 pounds. The inside spread of his rack was 14 inches. The spike antler was 161/4 inches, and the 3-point antler was 163/4 inches. Besides a few incisors, he was toothless. The gums were Polident smooth.

Ralph Meeker, the deer program coordinator for the Arkansas Game and Fish Commission, said the oldest deer he's aged were 61/2 to 7 years old. A toothless buck?

Howard Robinson of Mansfield, a longtime volunteer hunter education instructor and a field representative for Shooting Sports Foundation, said the buck would have died from stress and starvation this winter.

"You did him a favor and improved the herd at the same time," Robinson said.

Seeing the buck at camp, Romine smiled broadly and said, "That's cooler than the bottom side of a pillow!"

Hunters at Old Belfast have already killed bigger, prettier bucks this year, but we all felt a kinship with Emeritus.

He was a royal pain, but he was a legend. 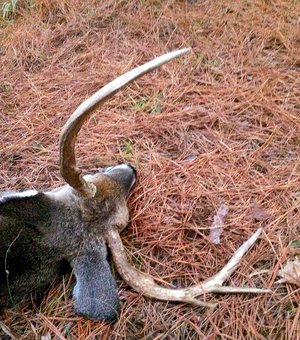 Photo by Arkansas Democrat-Gazette/BRYAN HENDRICKS
The buck was distinguishable by an unpointed 161/4-inch beam on the left and a 163/4-inch, 3-point antler on the right. 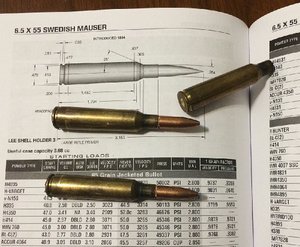 Photo by Arkansas Democrat-Gazette/BRYAN HENDRICKS
The author bagged the buck with a hand-loaded 6.5x55 cartridge tipped with a 140-grain Remington Core-Lokt bullet and powered by 44.5 grains of IMR-4831 powder and a Remington 91/2 Large Rifle primer.