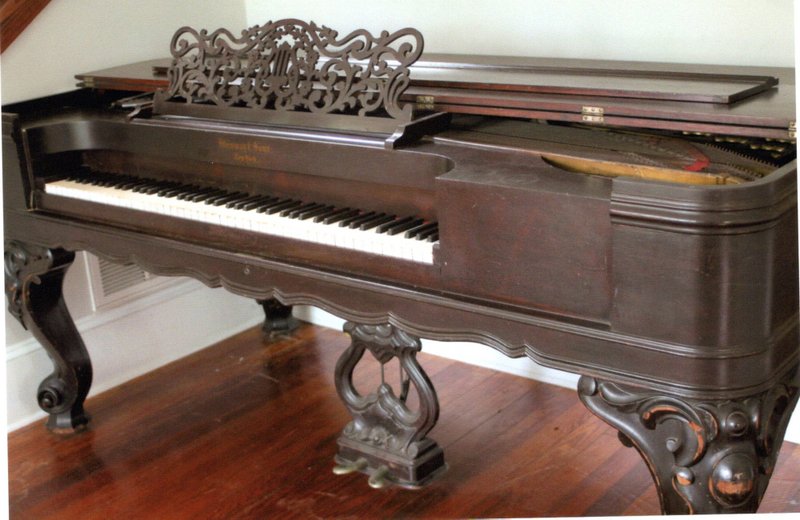 TNS Does this square grand piano make beautiful music? Its shape and condition make it unlikely.

DEAR HELAINE AND JOE: I am enclosing photographs of a beautiful Steinway piano that was left behind in a house my son bought. The serial number indicates it was built in 1869. Our dilemma now is that it needs to be taken out of the house because of its sheer size. It does need to be refinished and refurbished because it is missing one or two of its ivory keys and 20 of the keys do not work. The foot pedal and the music holder are in good shape. Do you have any idea of the value of this instrument? But right now, knowing the value is not of much help since no one seems to want it. Would you know what we could do with it?

DEAR D.D.: We have faced this problem many times in the past, and it is always daunting. Square grand pianos (yes, we know they are really rectangular) are quite lovely, but they are seldom good musical instruments because their tone and performance are limited by their narrow soundboard.

Proper hammer arrangement is also difficult, and they are hard to keep in tune. It is just the nature of the beast. Steinway & Sons of New York City, founded in 1853, produced an iron-framed overstrung square grand piano that was more than twice the size of the wood-framed square piano produced by Johannes Zumpe in England about 100 years earlier.

The piano, which was originally called the pianoforte (Italian for "soft/loud") was invented around 1700 by Bartolomeo Cristofori. Square pianos were popular in England until the 1840s and in the United States until the 1890s, but today, they are for the most part seen as rather poor musical instruments

The example in today's question, however, is a bit of a wreck with 20 keys not working, a badly scuffed case with some of the ivory tops missing from "one or two" keys. We believe it would take relatively big bucks to make this into a beautiful and functioning musical instrument again. But there may be someone who wants to take this grand old grand piano and restore it.

We know most square pianos will be gutted and turned into desks, dining room tables or have their legs amputated to be used elsewhere, but someone may want to salvage this one. Donating it to a school or other institution is really not feasible because of the condition, but D.D. could have it picked up by a reputable auction house and sold to someone who might be willing to do the extensive work necessary to save it as a piano.

The prognosis is not good, and the value may be very low (probably less than $500 at auction), but we can always hope.

Helaine Fendelman and Joe Rosson have written several books on antiques. Do you have an item you'd like to know more about? Contact them at Joe Rosson, 2504 Seymour Ave., Knoxville, TN 37917, or email them at [email protected] If you'd like your question to be considered for their column, please include a focused high-resolution photo of the subject with your inquiry.