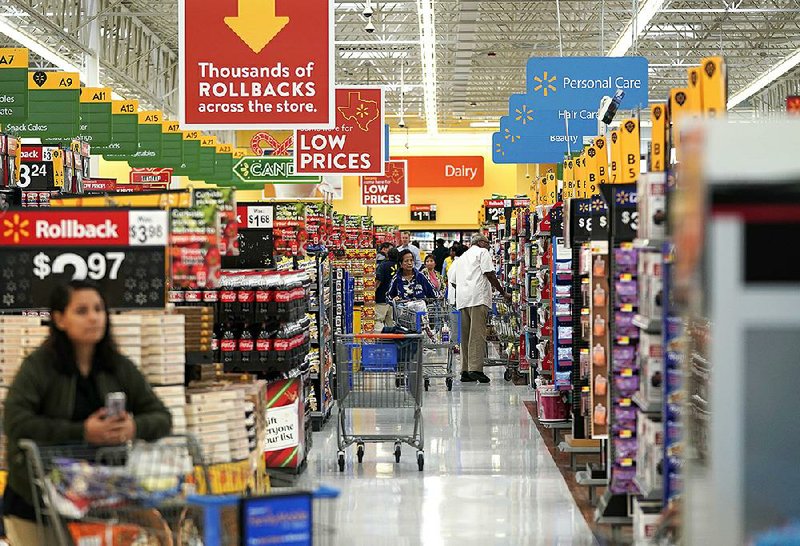 Walmart has been testing its new policy for reassigning disabled workers and plans to implement it in all U.S. stores by February, spokesman Randy Hargrove said.

Walmart Inc. is changing its policy for reassigning disabled workers as part of the settlement in a discrimination lawsuit. The company also will pay $80,000 to the Maine worker represented in the suit filed on her behalf by the Equal Employment Opportunity Commission.

Walmart said the changes will allow hourly employees with disabilities to ask the company to search for positions offering reasonable accommodation at up to five stores besides their current location. The current policy requires only that the Bentonville-based retailer look for openings at the store where the employees presently work. The EEOC claimed this policy violates the Americans With Disabilities Act's reasonable accommodations requirement.

The consent decree laying out the terms of the settlement was filed Wednesday. It still needs the court's approval.

Walmart spokesman Randy Hargrove said Monday that the company had been testing the new policy for store employees in a pilot program "well before the settlement," and will roll it out to all U.S. stores by February.

"We don't tolerate discrimination of any kind," Hargrove said. "We've been a top employer for people with disabilities for many years and have thousands of associates who perform their jobs with reasonable accommodation, including job reassignment.

"We are pleased to resolve this matter and wish Ms. Resendez well," he said, referring to the former Walmart employee at the center of the suit filed in April 2018.

Veronica Resendez developed spinal and knee impairments while working as a sales associate at a store in Augusta, Maine, according to documents filed in U.S. District Court for the District of Maine. The retailer determined that the jobs that could best accommodate her disability were fitting room associate and people greeter. However, no such positions were available at the Augusta store.

At the time, the documents state, Walmart had three openings for those jobs in two nearby towns, but didn't tell Resendez, even though she had told a personnel manager she would welcome reassignment to other locations.

Resendez, who had worked at Walmart since 1999, was placed on unpaid leave for a year. When she was unable to find another position acceptable to Walmart and her work restrictions didn't change, the company ended her employment in 2014.

Jeffrey Burstein, regional attorney for the EEOC's New York District Office, said in a news release Friday that the agency was pleased that the lawsuit, "which arose from a single employee's complaint, resulted in the nationwide change we sought, and we applaud Walmart for making that change."