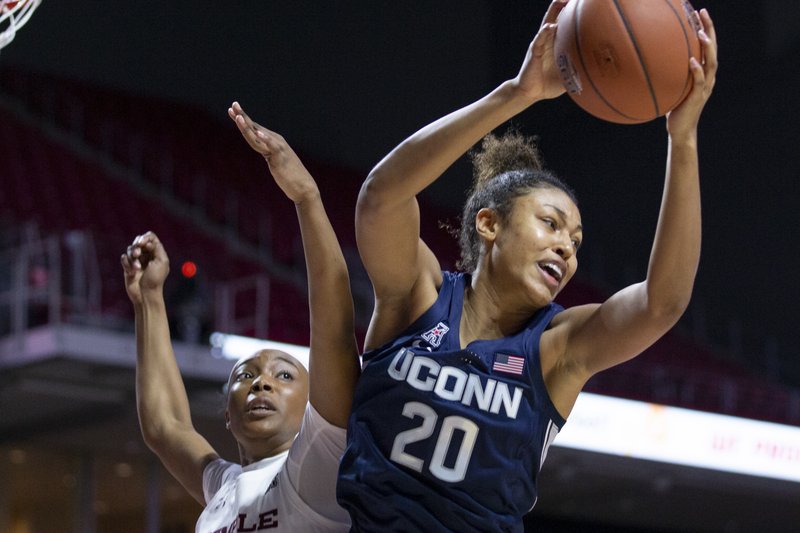 "When we all blend together we make great music. Now it's like we're all tuning up our instruments," UConn Coach Geno Auriemma said. "When it's going good, it's good."

The Huskies continued to struggle at times on offense, but hit 9 of their first 12 shots, including five three-pointers and two three-point plays to jump out to a 25-14 lead.

"Today we were able to play through some of the lulls that we had. First quarter was great, second quarter not-so great," Auriemma said. "Third quarter, not-so great. The fourth quarter we were really good. We had stretches today we were better than at any time in the other games we played."

The game was being played so early in the schedule because UConn has four non-conference games against No. 1 Oregon, No. 2 Baylor, No. 6 South Carolina and Tennessee after Jan. 1 as well as an exhibition game against the U.S. national team on Jan.27. That made finding dates to play during the normal part of the conference schedule difficult.

Temple (3-2) was able to get within 10 in the third quarter to put some pressure on the Huskies, but UConn opened the fourth with a 15-2 run -- including a nifty spin move for a layup by Williams -- to put the game away.