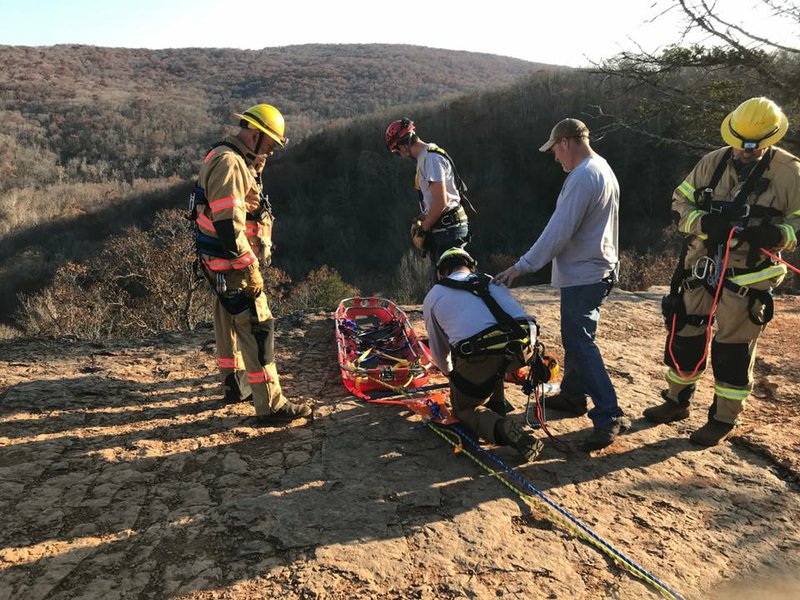 FAYETTEVILLE -- A 19-year-old man fell about 25 feet off Yellow Rock Bluff in Devil's Den State Park about 2 p.m. Sunday, according to the Washington County Office of Emergency Management and Homeland Security.

The individual suffered several nonlife threatening injuries and was transported to a local hospital in stable condition, according to emergency response officials.

The man fell while free climbing the bluff, officials said.

Personnel from the Round Mountain Volunteer Fire Department and the Washington County Urban Search and Rescue Team set up a high-angle rescue system to raise and lower people at the site. One emergency responder was lowered about 100 feet to the patient.

The patient was secured in a litter and raised to the overlook. He was evacuated by a utility vehicle to a location where he could be flown out by AirEvac.

Officials have not identified the man who fell.