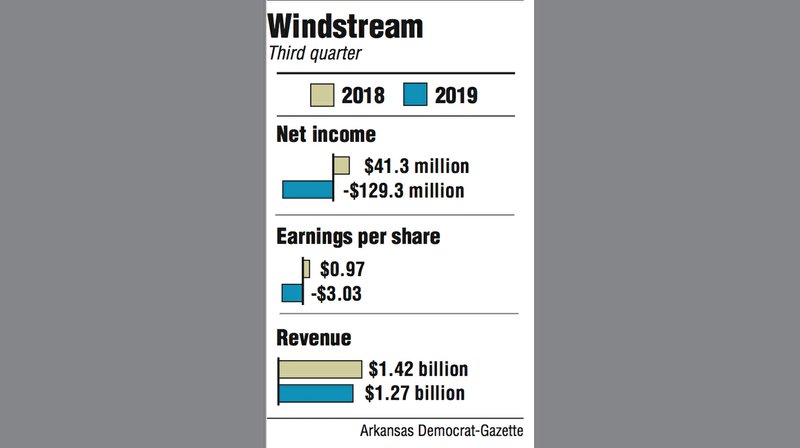 As their legal dispute trudges along, Windstream Holdings Inc. and Uniti Group Inc. both reported income losses Thursday for the third quarter that ended Sept. 30.

Windstream reported a loss of $129 million while Uniti's loss reached $19.5 million. Revenue at Windstream slipped 11% to $1.27 billion while revenue at Uniti increased 4% to $263.6 million.

For the second-consecutive quarter, Windstream reported earnings that do not reflect generally accepted accounting principles. The company is working through a bankruptcy restructuring and emphasizes adjusted results of operations.

While in bankruptcy proceedings, Windstream filed a lawsuit in July over a $650 million payment the company makes annually to lease copper and fiber lines from Uniti. The companies are in negotiations, with a trial scheduled for March 2-6 in New York.

Windstream's adjusted total revenue and sales were $1.27 billion in the quarter, down from $1.38 billion in the 2018 third quarter. Adjusted revenue is a non-generally-accepted-accounting-principles number and does not include revenue from the EarthLink consumer internet business that the company sold in December 2018.

Uniti reported revenue of $263.6 million, up from $252.6 million from the same quarter in 2018. The company reported a loss of $19.5 million, or 10 cents per share, compared with a profit of $2 million, or 1 cent per share, a year ago. Earnings were released after market close Thursday.

"We reported another solid quarter as we continued to execute on our priorities for this year," Uniti's chief financial officer, Mark Wallace, said on a call with investors after earnings were released. The stock closed down 18 cents at $6.61.

On Wednesday, Uniti declared a quarterly cash dividend of 22 cents per share, payable on Jan. 15 to stockholders of record on Dec. 31.

Windstream added 5,700 new customers to its Kinetic business segment, which primarily includes consumers and small businesses. That segment has added 19,000 new broadband customers in the first nine months of the year.

"We continue to stand alone among major U.S. telecom service providers with 20 consecutive months of consumer broadband subscriber growth through October, as well as positive net adds for six consecutive quarters, coming on the back of strategic investments in our network," Thomas said in the prepared remarks.

At the same time, revenue from Windstream's enterprise segment -- large business customers -- was softer in the quarter as it declined to $650 million compared with $737 million a year ago.

Windstream's suit against Uniti seeks to "recharacterize" the annual payment that Windstream makes to Uniti, changing it from a lease to a financial arrangement. If that is granted, Windstream noted the "excessive rent payments would cease" and the company could emerge from bankruptcy in better shape to benefit customers and shareholders. Windstream has been operating under a Chapter 11 bankruptcy reorganization since February.

Windstream "continues to work to modify our arrangement with Uniti," Thomas said Thursday in the recorded earnings message, and he added that "Windstream is pursuing both litigation against and negotiations with Uniti."

On a call with investors Thursday, Uniti CEO Kenny Gunderman said the company would have no comment on the Windstream lawsuit.

The March trial is scheduled before Judge Robert Drain in U.S. Bankruptcy Court in the southern district of New York. 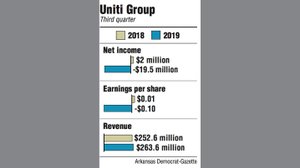