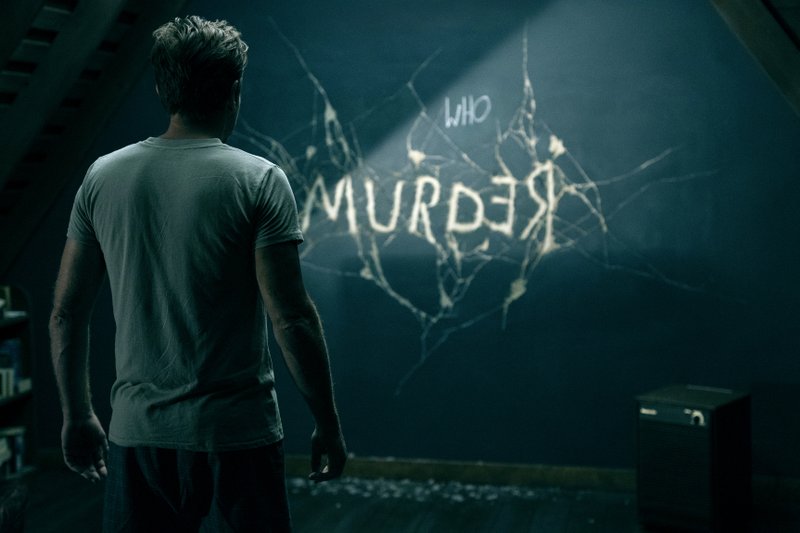 Dan Torrance (Ewan McGregor) is a struggling alcoholic who has to deal with the lingering effects of the violence he witnessed in his childhood in Mike Flanagan’s Doctor Sleep, an adaptation of Stephen King’s literary sequel to The Shining.

The story goes that when Stanley Kubrick was putting together the screenplay for The Shining with Diane Johnson, he continually called overseas from England to pepper Stephen King, the original writer, with questions about the source novel he was attempting to adapt. One night, at some ungodly hour in the U.S. (Kubrick was never much one for keeping regular hours, with or without the difference in time zones), the director called and asked King one simple question: "Do you believe in God?"

King, groggy, and increasingly annoyed at the director's incessant questions, answered simply that he did. "I thought so," Kubrick said, and hung up.

Rating: R, for disturbing and violent content, some bloody images, language, nudity, and drug use

Kubrick's resulting film, an absolute stone classic, and one of the best horror films of the 20th century, took King's novel -- essentially about a raging alcoholic who takes his fury out on his family, including his young, psychic son, only to redeem himself at the last possible second -- and turned it into a twisty, dense treatise on the cyclical nature of human evil (at least as one explanation, for several more possibilities, see the doc Room 237).

For King, whose novel was a deeply personal document of his own alcoholism and an attempt to prove redemption was possible even with the most far-gone and depraved souls, Kubrick's version lacked what he considered the book's humanity (he has also recently objected to the film's portrayal of Wendy as being misogynist), and has railed against it at every turn since. He even wrote a newer version, made for network TV in 1997, which more faithfully followed his book (and, it must be said, never really rose up beyond its TV trappings).

One could certainly see Mike Flanagan's adaptation of King's follow-up novel, Doctor Sleep, as a further refutation of Kubrick's vision, stuffing the screen with emotional poignancies and big, sweeping gestures that the late auteur would have never allowed. Unfortunately for King and Flanagan, though, instead of repudiating Kubrick's film, it creates an even deeper chasm between them: The difference between a masterpiece of cinematic art and a groaning spasm of Hollywood-style action/drama-goop.

We begin very shortly after the events of the first film, with the young psychic boy, Danny (here played by Roger Dale Floyd) and his mother, Wendy (Alex Essoe, channeling Shelley Duvall's original), having moved safely to Florida after the horrible events of the Overlook. Danny is still haunted by the hotel's demons and ghouls though, until his old friend Dick Hallorann (played here by Carl Lumby), visiting from the afterlife, tells him how to lock these tormentors in a psychic box from which they are trapped forever, advice the boy quickly takes to heart.

We eventually jump ahead several decades: Danny is himself a raging alcoholic, homeless and destitute, with an eye on perpetual self-destruction. With nowhere else to run, he ends up on a bus and gets out in a remote New England town, where he quickly meets the friendly Billy (Cliff Curtis), who takes him in and gets him to attend AA meetings.

Cleaned up and with a renewed purpose -- he works at a hospice, helping ease his dying patients into the next world -- we next see Danny some years later, more or less in the present time. Settled and happy, he has been in psychic communication with Abra (Kyliegh Curran), a nearby 13-year-old girl with incredibly strong "shining" powers of her own for a number of years. When Abra receives a psychic vision of horror -- a weird, demonic cult, led by a bewitching woman known as Rose the Hat (Rebecca Ferguson), who literally feed off of the fear and suffering of other psychic children -- she enlists Danny's aid to stop them, a quest that eventually takes the pair back to a very familiar locale for the final showdown.

The film certainly works hard to link King's work with Kubrick's original vision, an odd choice, given the author's disdain for the film, while making this narrative utterly explicable, if fantastical. The trouble is, as always, true horror is found much more in the absence of sense and understanding than with its inclusion. This is why the best horror films don't explain anything -- the original Alien doesn't make the creature comprehensible, to the point where we're not even sure what it looks like until the very end -- they simply plunge you into terrifying chaos, leaving your head scrambling to understand the anxious fear your body is feeling.

These films keep you off-balance, confused, never quite sure what's coming next or from where. Flanagan's film, like King's novel, presents us with nothing but explanation -- at times it feels as if we're watching yet another bid for a franchise universe -- replete with super-powered beings doing battle in the name of good and evil. Everything that happens is totally understandable, given the conceits of that narrative, right down to the climactic battle that, naturally, takes place back at the Overlook.

And for all King's complaints about the original film, Flanagan's effort leaves almost no standing trope from Kubrick's original vision unexploited: we have the sweeping opening helicopter shot over the lake and to the winding road (with Berlioz's infamous orchestral intonations from "Symphonie Fantastique" resonating through the night sky), the gallons of blood flooding out from the elevator doors, the twin girls, room 237, the typewriter, even a horrible stand-in for Jack Nicholson's Jack Torrance (Henry Thomas, weirdly enough), that looks like a bad Halloween costume. It's as if the two of them were admitting Kubrick's iconography was superlative, even as they try to douse his dry-eyed, meticulous vision in gushing streams of pathos.

Notably, in King's original novel, the Overlook is destroyed, the evil subsumed with it, while Kubrick's film, in one of the more eerie final shots in cinematic history, reveals just how unassailable human evil can be. It offers no respite -- despite Jack Torrance's failure to murder his family -- this is all a cycle to be endlessly repeated. King needed for us to feel redemption was possible; Kubrick looked into the abyss, Colonel Kurtz's "horror," and unflinchingly detailed what he saw there. King, as talented as he is, might not ever appreciate that his personal redemption story was turned into something so deeply pitiless and provocative, but as this new film inadvertently further proves, there's only one masterpiece here, and it certainly isn't his. 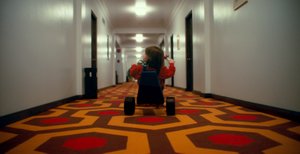