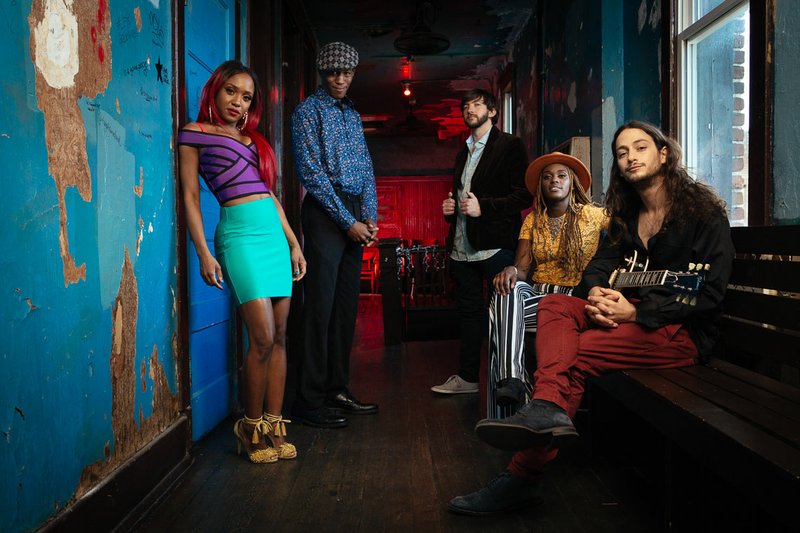 Photo courtesy David McClister "We learned a lot -- we grew up as people, we grew up as musicians," says Ori Naftaly of the period between Southern Avenue's first and second album release. "We got to tour with amazing bands, from Galactic to Dead &amp; Co. to Tedeschi Trucks Band to Los Lobos -- so many influences along the way, playing festivals with amazing bands. We grew up, musically and personally."

"We call it 'Memphis music' when we're on the road and people ask us what we do," explains Naftaly. The name of the band is a nod to a main Memphis thoroughfare that cuts across the city. "Memphis is a melting pot of so many genres and approaches. It's very jazz-oriented, blues, soul oriented; there's a lot of rock and Memphis funk -- something that is in the roots of all Memphis music is funk. Memphis and New Orleans are the only cities in the world where you can really define a musical genre by saying the city name.

"Every song we write is different because of our influences, even among ourselves," he continues. "There are so many different ideas that come up, and we don't want to be confined by being a 'soul band' or a 'blues band' or a 'funk band' -- we want to be a Memphis band."

Southern Avenue will appear at Harry's Downtown in Fort Smith on Saturday as part of the tour for their second album, "Keep On." The band's first album was released in 2017. Naftaly says they've learned a lot in the ensuing two years.

"The second album was definitely more of a process," he says. "We wrote songs for two years. We wrote about 30-40 songs and then filtered out the 12 that are on the album. We had 10 days to record it, versus two or three with the first one. We got to put more effort and time into it. All of the songs on the second album have more complexity in their arrangement and ideas because we had time to do that -- but I think the first will always be my favorite because it's so raw and real and has that debut album energy."