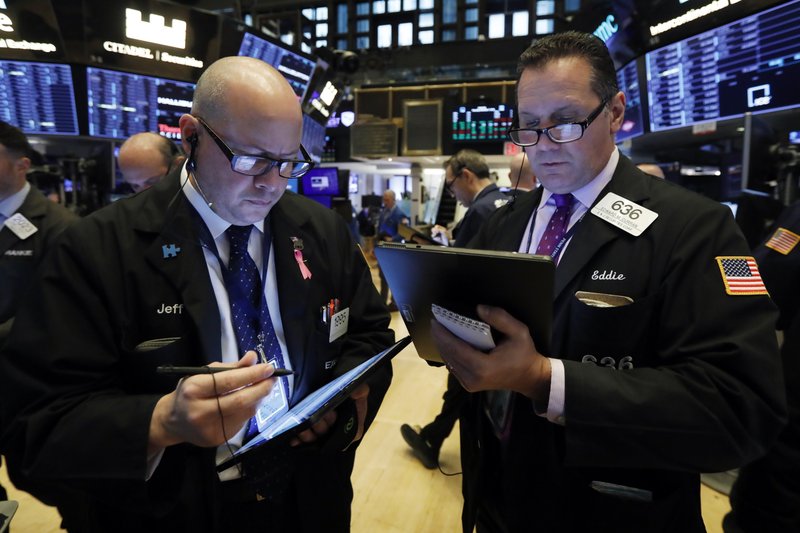 NEW YORK -- In the stock market, it's all about trade now.

Stocks were jumping early Thursday after China said both sides in the U.S.-China trade war had agreed to roll back tariffs if their talks progress. But an afternoon report from Reuters citing fierce opposition within the White House to the agreement undercut the enthusiasm, and the majority of the market's gains evaporated.

Encouraging reports on the economy and corporate profits have helped drive stocks back to record highs in recent weeks. The U.S. job market remains strong, and the Federal Reserve has cut interest rates three times since the summer to bolster the economy. Earnings for big companies, meanwhile, weren't as bad in the summer as Wall Street had feared.

That leaves the U.S. trade war as the wild card for the global economy, and markets are trading on every whiff of movement about it as a result.

"It's not that trade is more important to the market than economic growth or than the Fed," said Steve Chiavarone, equity strategist at Federated Investors. "It's that the market has already priced in that picture" of a still solid economy and easier interest rates.

"What's left to be determined is trade, and there's a greater amount of uncertainty because we've had head fakes before," he said.

The trade war has been a top concern for investors since early 2018. Increased tariffs not only raise costs and sap profits for U.S. companies, but they also can and have made companies hesitant to spend on new factories, expansions and other investments given all the uncertainties about what the rules of trade will be.

Momentum has been moving toward a deal, at least an incremental one that prevents conditions from getting worse.

Altogether, the improvements mean the worries about a possible recession that dominated markets just a few months ago are diminishing. That in turn has more on Wall Street confident that this bull market for stocks, which already is the longest on record, can keep going.

Qualcomm jumped 6.3% after it reported both revenue and earnings that topped Wall Street's forecasts, and Ralph Lauren surged 14.7% for the biggest gain in the S&P 500 after its own better-than-expected results.

Companies are no longer getting the benefit of the first year of lower tax rates, and they're also contending with a slowing global economy weighing on their sales. But the S&P 500 is on track to report a drop of 2.5% in third-quarter earnings per share from a year earlier, versus the 4% that analysts initially expected, according to FactSet.

In a sign of increased optimism about the economy, the yield on the 10-year Treasury note climbed to 1.92% from 1.81% late Wednesday. It has risen sharply over the past five weeks and is close to its highest level since the start of August.

The jump in yields helped send bank stocks, whose profits benefit from higher rates for mortgages and other loans, to some of the market's biggest gains.

Other market leaders included oil companies and others that Wall Street calls "cyclical" stocks because their profits are so closely tied to where the economy is in its growth-and-recession cycle.

Energy stocks jumped 1.6% for the largest gain among the 11 sectors that make up the S&P 500, and financial stocks climbed 0.7%.

On the losing side were several companies that focus on travel, which sank after reporting weaker-than-expected quarterly results. TripAdvisor plunged 22.4%, and Expedia Group plummeted 27.4%.