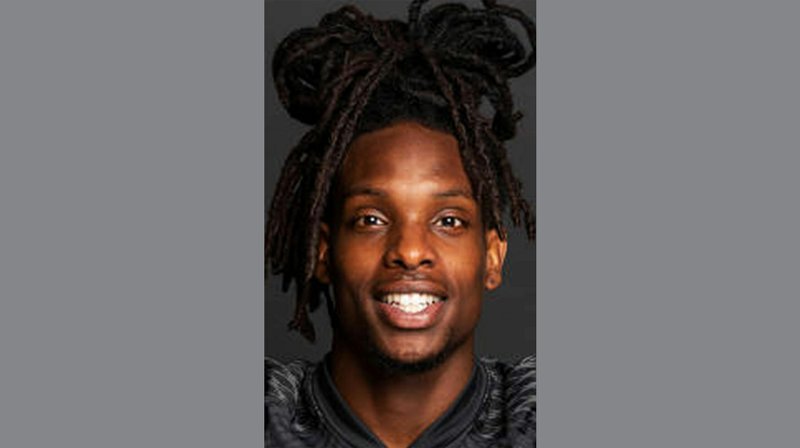 JONESBORO -- Dahu Green had been the biggest mystery on the Arkansas State University football team for much of the season.

The question heading into each week was familiar: Will he play?

The redshirt junior wide receiver suffered a strained PCL in August, but the injury never stopped nagging him. Early in the season, Green would often participate in pregame warmups but never see the field. After missing the first four games, he briefly appeared at Troy on Sept. 28, and then again the next week at Georgia State.

But Green was quickly pulled each time because of discomfort, and the question persisted: When will Green actually play?

"It was good until it wasn't," Green said of his injury. "Any movement that wasn't controlled, or like if my calf wasn't stabilized, if I wasn't flexing my calf to stabilize my knee and my PCL, it'd go dead for like maybe a couple minutes. But longer after the injury, the less time it would be dead for.

"Throughout the season, it was just day by day, week by week. Sometimes it would just tweak up and I can't really put pressure on it, so I'd stop practicing. But we'd try it every day and then just see how it goes."

"It's just been a long time," he said. "Just being able to get back out there, get the calls from the sideline, just play ball against another athlete again, it feels good to be able to help, to finally be able to help."

Green helped immediately when he was inserted into the game late in the first quarter for ASU's third series.

Redshirt freshman quarterback Layne Hatcher hit him on four consecutive passes for 9, 7, 2 and 33 yards, which moved the Red Wolves to Louisiana-Monroe's 29. ASU settled for a 43-yard field goal for its first points.

But Green's biggest play came early in the fourth quarter when he made a leaping grab on the sideline for 35 yards over Louisiana-Monroe's 6-1 cornerback Rhoy Williams on a third and 13, which set up ASU on the Warhawks' 4.

Three plays later, sophomore running back Marcel Murray punched in a 6-yard touchdown run, giving the Red Wolves a 41-34 lead they would not surrender.

Green's catch offered a glimpse of what ASU had been missing.

"It's not like I was surprised. Maybe some other people were that haven't seen it," ASU receivers coach Kyle Cefalo said. "Those are the plays that Dahu Green's always capable of making, and honestly the plays that we need him to make and just be that guy that we can keep relying on."

Green, who missed nearly all of the 2018 season after suffering a broken ankle in the season opener, headed into this season with the belief this would be a bounce-back year.

"It was very discouraging," said Green, a transfer from Oklahoma. "Once you love the game so much, and you got to step away from it for a long period of time, it's just kind of -- it goes through ups and downs. But I mean, you just got to keep fighting. Coach Cefalo, Coach [Anderson], Coach [Heckendorf], they never gave up. They kept pushing me, so it was good to have those guys around."

Green said he often spends two hours a day in the training room trying to get healthy.

He's watched from the sidelines as the likes of Omar Bayless, Kirk Merritt and Jonathan Adams have garnered the attention and put up big numbers.

"The competition in our room -- we just push each other so hard," Green said. "You see one person go out first in the line and run a hard route, you're like, 'Oh yeah, I'm [going to] run this route hard.' "

Green hopes he can be healthy enough next season to make a name for himself. His coaches and teammates know there's loads of untapped potential. Merritt even compared Green to Houston Texans star receiver DeAndre Hopkins back in August.

But Green still has at least three games left in 2019 to find this lost season.

"I think he can be a good spark for us," ASU Coach Blake Anderson said.

And so does Green.

"I feel like there's a lot [from me] still in store for A-State fans and everybody," Green said. "No one's got to see me open up and run. No one's really got to see me move yet."