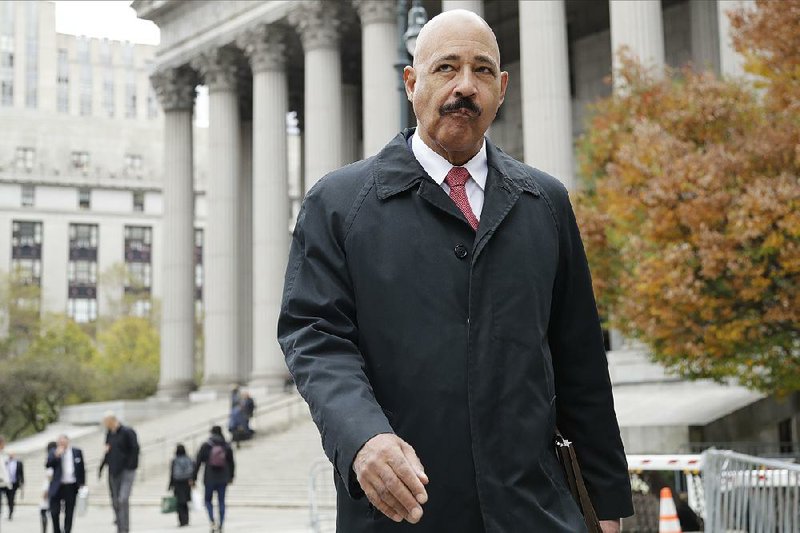 The New York attorney general's office dropped its claim that Exxon Mobil Corp. intentionally misled investors about how it accounts for the financial risks of climate change, significantly altering the state's case in the last minutes of a securities-fraud trial.

Assistant Attorney General Jonathan Zweig caused a stir Thursday when he revealed during his closing statement that the state was no longer claiming Exxon's alleged scheme was carried out knowingly and willfully. The government also dropped its claim that investors relied on false statements when buying stock, he said.

The state's central allegation remains -- that Exxon violated New York's Martin Act by misleading investors about its use of a "proxy cost" for carbon. But the case is now rooted in a lesser claim that Exxon may have confused or misled investors, essentially by mistake.

Zweig revealed the change only after Justice Barry Ostrager, who will decide the case without a jury, asked him why he was focusing his closing remarks solely on the Martin Act, which doesn't require a showing of intent to prove a violation. Zweig, seemingly caught off guard, said the claims of equitable fraud and common law fraud were no longer part of the case. He didn't elaborate.

After lawyers for both sides had given their closing statements, Exxon attorney Theodore Wells returned to the lectern in the crowded courtroom and criticized the state's decision to drop the two claims, suggesting the attorney general had done so for strategic purposes before the judge could rule against them over a lack of evidence.

"We did not come to this trial and try this case for two weeks to have them stand up after the evidence has been presented -- and after I have given my summation -- and stand up and say we are not pressing the two claims that have caused, in many respects, the most severe reputational harm to the company and to the executives," Wells said.

The lawyer said former Exxon Chief Executive Officer Rex Tillerson, in particular, had faced years of harsh allegations by the state, which accused the CEO of knowingly spearheading the scheme and trying to cover it up. Wells said Exxon and its officials deserve a ruling to clear their reputations.

Ostrager said he couldn't do so because they were no longer part of the case. "This was their one opportunity to establish those claims in this courtroom and they've withdrawn those claims," the justice said.

In shareholder meetings and reports, Exxon was using two different metrics to account for stricter climate regulations: greenhouse gas costs, which measure how local regulators may tax emissions, and proxy costs, which aim to predict how demand for oil and gas may change around the world because of regulations. Exxon attorneys and executives have said the company applied appropriate costs depending on the situation. The company said the state was trying to show a false discrepancy by conflating two carbon metrics that serve different purposes.

Before the ruckus over New York's dropping of the two claims, Wells delivered a closing statement that mocked New York's lawsuit, saying the state had falsely accused engineers and scientists of cooking up a scheme to mislead investors when in reality they were trying to do the right thing by planning for climate change.

New York sued in 2018 after a three-year investigation, claiming it found evidence that Exxon sought to use a pair of 2014 shareholder reports to trick investors into thinking the company was planning properly for a low-carbon future and inflating Exxon's value by as much as $1.6 billion.

Even without intent, Wells said, the state failed to prove Exxon made a material misstatement when it revealed to an activist investor that it was using a "proxy cost" to account for the future impact of climate change on the business. New York also failed to prove its fraud allegations had led to a drop in the stock, he said.

At one point, Wells compared the investigation, which started under former Attorney General Eric Schneiderman, to Captain Ahab's blind determination in Moby-Dick of "going after the great white whale."

Zweig, in his closing remarks, said Exxon's statements to investors were like a company claiming it purchased an insurance policy and then simply didn't. He cited evidence that Exxon backed out of applying the metric to the company's most carbon-intensive venture, in the Alberta oil sands.

"Exxon can't have it both ways," he said.

Zweig also pointed to testimony from Exxon employees that he says shows they were confused by the company's use of proxy costs, a hint that shareholders also could have been given the wrong impression.

Information for this article was contributed by Cathy Bussewitz of The Associated Press.