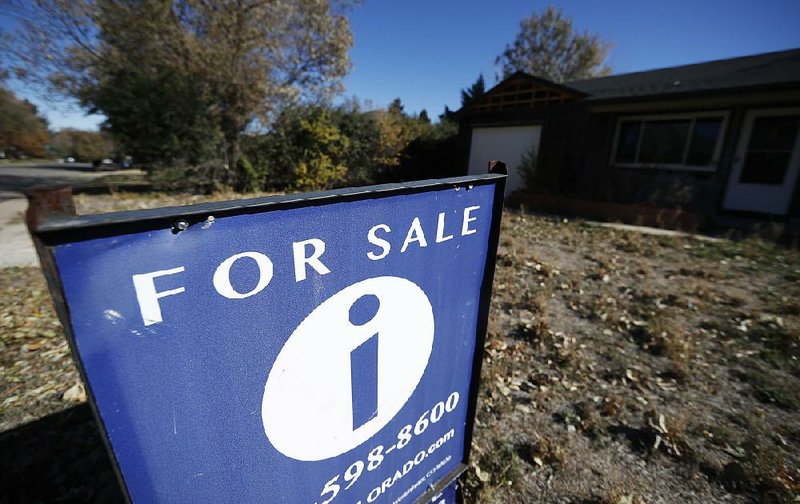 After three weeks of increases, mortgage rates fell back this week -- but it looks to be only a temporary decline.

According to the latest data released Thursday by Freddie Mac -- the Federal Home Loan Mortgage Corp. -- the 30-year fixed-rate average slid to 3.69% with an average 0.5 point. (Points are fees paid to a lender equal to 1% of the loan amount and are in addition to the interest rate.) It was 3.78% a week ago and 4.94% a year ago.

More than anything else these days, mortgage rates have been driven by the U.S.-China trade talks. Rates fell late last week when doubts arose over the countries' tentative pact.

But news earlier this week that both sides were considering rolling back some of the tariffs is causing rates to rise again. That news, which came too late to be factored into the Freddie Mac survey, prompted yields on the 10-year Treasury note, which had dropped to 1.69% on Oct. 1, to rebound to 1.86% on Tuesday. Mortgage rates tend to follow the same path as long-term bonds. When yields rise, rates tend to also go up.

"Absent any surprises in economic data, I expect that rates should be slightly improved over the next week as questions remain over trade," said Jim Sahnger, a mortgage planner with C2 Financial. "Should a deal be struck though, all bets are off."

Bankrate.com, which puts out a weekly mortgage rate trend index, found the experts it surveyed nearly divided on where rates are headed. About half say rates will move higher in the coming week. But others say they will remain about the same.

Greg McBride, chief financial analyst with Bankrate.com, is one who expects them to rise.

"The economic glass is suddenly half-full, giving a boost to bond yields and mortgage rates," he said.

"Mortgage bonds have been in a battle the last few days and the pressure continues as stocks rally," she said. "Although it isn't a done deal, the U.S.-China trade deal signals a potential boost for growth around the globe. This would be a head wind for mortgage bonds along with increased inflation expectations in the markets."

Meanwhile, mortgage applications were flat again last week. According to the latest data from the Mortgage Bankers Association, the market composite index -- a measure of total loan application volume -- decreased 0.1% from a week earlier. The refinance index ticked up 2%, while the purchase index fell 3%.

The refinance share of mortgage activity accounted for 59.5% of all applications.

"The average loan size for both refinance and purchase applications remains elevated, which indicates that homeowners with larger loan balances and homebuyers in the upper end of the market are more active right now," said Bob Broeksmit, Mortgage Bankers Association president and chief executive officer. "Purchase activity was still 7% higher than a year ago, but lenders say supply shortages are hampering some prospective buyers this fall."

In a separate report Thursday, consumer borrowing rose in September at a modest pace, driven by more student and auto loans, though a category that mostly includes credit cards fell for the second-straight month.

Americans are spending at a solid pace but in recent months have relied less on borrowing. Steady, if modest, income growth has enabled consumers to shop more while also stepping up saving. A separate government report last week showed that spending rose in September, but incomes increased more, lifting the savings rate to 8.3%, the highest in six months.

Consumer borrowing is closely watched for signs about the strength of consumer spending.

The economy has slowed this year as global growth has weakened and the trade war with China has raised costs for U.S. businesses and dragged down U.S. exports. Businesses have cut back on their spending on computers, machinery and other equipment.

The U.S. economy expanded at just a 1.9% annual rate in the July-September quarter, down from as much as 3.1% in the first three months of the year.

Still, healthy consumer spending has kept the economy afloat, as Americans' economic outlook remains optimistic, thanks in part to steady hiring and an ultra-low unemployment rate of 3.6%.

The Fed's monthly credit report does not cover home mortgages or other loans secured by real estate, such as home equity loans.

Information for this article was contributed by Kathy Orton of The Washington Post and by Christopher Rugaber of The Associated Press.