Knight says GAC is a grind 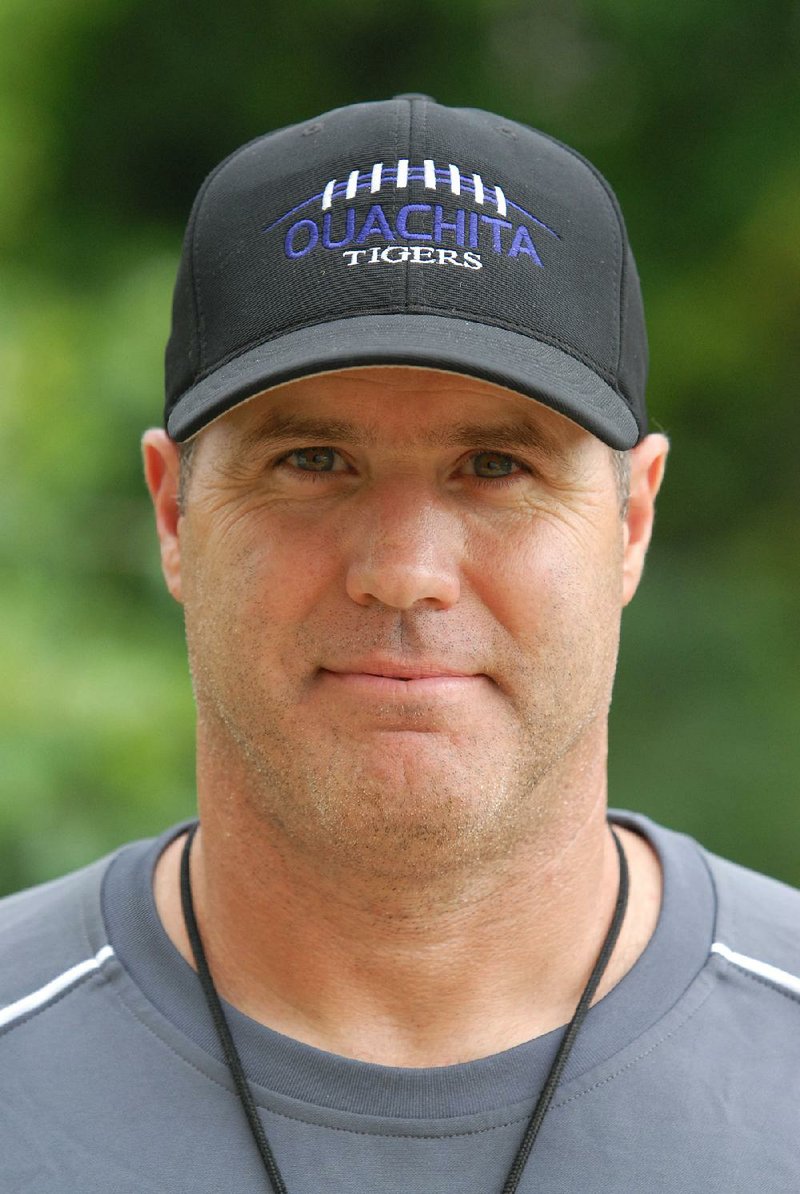 Ouachita Baptist University Coach Todd Knight did not allow himself to get caught up in the moment.

Knight was beaming late Saturday afternoon at Memorial Stadium in El Dorado, primarily because of the way his team came to play in a 38-21 victory over Southern Arkansas University.

But tell Knight that OBU essentially eliminated SAU (7-2) from championship contention in the Great American Conference, that it was like an elimination game en route to qualifying for the Division II playoffs, and he shakes his head.

Knight won't look ahead to the Battle of the Ravine against Henderson State on Nov. 16 because he said he knows nothing is guaranteed with two weeks to go in a tight fight for the title, even for a 9-0 team that has made consecutive D-II playoff appearances, is 25-1 in its past 26 games, and is within two victories of clinching a third consecutive GAC title.

One slip-up is all it takes to mess things up, even for OBU, which is ranked No. 5 in the American Football Coaches Association Top 25, No. 4 in the d2football.com poll and most importantly, No. 3 in the Super Region 3 rankings.

"The conference is the most important thing for us," Knight said. "If you play really good in this league, and you're at the top of the league, you've got a chance. All that other stuff works itself out."

OBU (9-0) plays host to the University of Arkansas-Monticello (5-4) at 1 p.m. Saturday in Arkadelphia.

The race for the Great American Conference football championship is turning into a near replica of 2014.

The same teams are at the top -- Ouachita Baptist, Harding and Henderson State -- with nearly identical records and placings in the Division II polls and rankings with two games to play.

OBU, undefeated then as it is now, defeated UAM in 2014 to remain alone in first place with one game to play.

Henderson, with one loss to Harding (like this season), beat Southern Arkansas to set up a hyped-up Battle of the Ravine.

Harding, with one loss to OBU (like this season), won in Oklahoma, like it will have to do Saturday.

OBU then defeated Henderson 40-21 to clinch the outright title over Harding, which defeated Arkansas Tech in its regular-season finale.

Both OBU and Harding advanced to the NCAA Division II playoffs, but Henderson (8-2) was left out of the bracket.

Ouachita, Harding and Henderson all moved up one spot to Nos. 3, 4 and 9, respectively, in the second Division II Super Region 3 poll that was released Monday.

All three need to keep winning to maintain their positions, but it's not all in their control.

There is a chance, albeit a remote one, that eight teams in Region 3 finish either 9-1 or 10-1, and that would leave a one-loss team out of the bracket.

No team from the Great American Conference has ever been left out of the playoffs with one loss, but the GAC has never placed more than two teams in the playoffs, either.

No. 7 Northwest Missouri State (8-1) wins at No. 10 Fort Hays State (7-2) in Kansas and follows it with a victory at home over Central Missouri.

That's eight teams at 10-1, but unranked Truman enters the picture with victories at No. 5 Indy and at Urbana, Ohio (7-2). Urbana is currently the No. 6 team in Super Region 2.

Truman would replace Indianapolis as the eighth 10-1 team in that scenario.

Southern Arkansas Coach Bill Keopple sounded a bit like former New York Jets coach Herm Edwards after Saturday's 38-21 loss to Ouachita Baptist in El Dorado, and he did so without raising his voice or going viral on the internet

Keopple's Muleriders (7-2) fell out of contention for the GAC title and the NCAA Division II playoffs for the second year in a row, but they have games remaining with rivals Henderson State and UAM.

Keopple was asked where his team would go from here.

"You play," Keopple said. "You play to win the next one. You play to be the best you can be each week. We're going to Arkadelphia to play Henderson State at a place that has not been very friendly to us. It's about how you want to finish."

Edwards, now the head football coach at Arizona State, issued his famous "You play to win the game" rant when asked about how he would motivate his New York Jets after a 2-5 start in 2002.

OBU senior wide receiver Allie Freeman became the GAC's career leader in all-purpose yards when he reached 5,068 on a 35-yard touchdown reception in the first half of OBU's 38-21 victory over Southern Arkansas on Saturday.