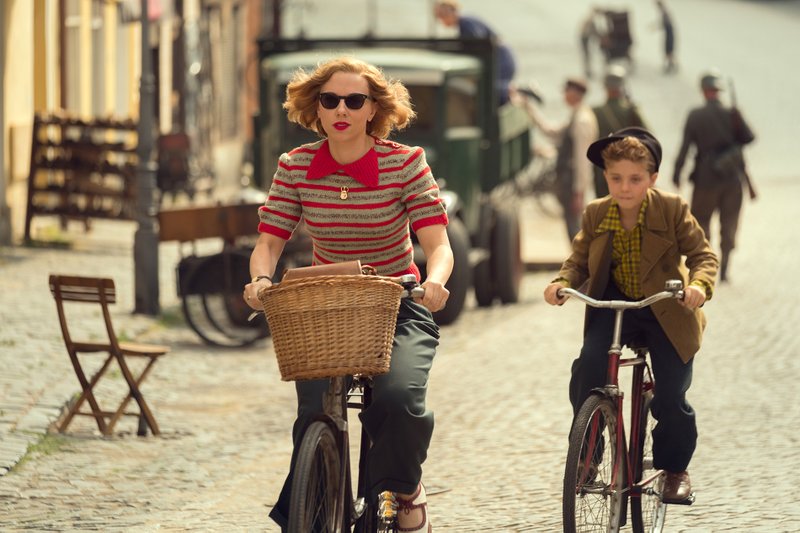 Like Olympic gymnastics or TV baking shows, there is indeed a kind of degree-of-difficulty contingency when it comes to responding to cinema. If an artist wants to make a 202-minute film about the grinding, repetitive nature of being a widowed housewife in 1975 Brussels; or a largely POV film about a man having suffered a severe stroke that leaves him paralyzed but for his left eye, something so extraordinarily difficult to pull off that any success feels like a minor miracle, that film must be given its plaudits before being taken to task any further.

That said, Taika Waititi has to be recognized for the audacity of his vision: Making a film (Jojo Rabbit) about a young Nazi-sympathizer in the waning days of WWII, whose best imaginary friend is none other than Hitler himself, is extremely tricky to pull off in any age, but especially in the hyper-sensitive cultural minefield that currently exists in matters of the politics and hate, it's sort of breathtaking.

Americans, for one, have had to come face-to-face with the ugly, white supremacist element lurking in our midst. The resulting stark lines drawn in heavy, black ink between the polarized factions of our citizenry have left very little to chance in matters of race. For most filmmakers, attempting a satire of this nature is akin to trying to defuse a hand-grenade with a blunt set of cutlery -- you can try it, but why on earth would you take the risk? -- but what Waititi has done here goes even further: He doesn't just defuse the bomb with a spork, it's as if he's doing it while dancing the tango.

I can't blame anyone, upon hearing the premise of his film, to want to avoid it like septic shock -- lord knows, I did: I spent the first few days of the Toronto International Film Festival, where it premiered, cupping my hands to my ears and making loud buzzing noises whenever another critic tried to tell me it was worth watching -- but what those skeptics (including me) weren't taking into account is Waititi's masterful tone control. He showed it in Thor: Ragnorak, turning the stoically heroic thunder god into a confused beer bro and making the whole film a madcap comedy while simultaneously laying waste to Asgard and leading us toward the MCU's eventual grand finale.

Inarguably, he tackles a much more difficult project here -- a young German boy's Hitler obsession in the closing months of WWII -- and somehow, miraculously, has made a film neither pandering, maudlin nor whimsical. The story concerns the titular Jojo (Roman Griffin Davis), and his desperate attempts to impress the other members of the Nazi youth brigade he so desperately wants to join and earn the praise of the failed, drunken Captain Klenzendorf (Sam Rockwell), in the process. To console himself, Jojo routinely consults with his best imaginary pal, Adolf (Waititi), who tries to gin up the youngster's spirits and help him on his way to becoming a full-bore Nazi.

When Jojo discovers that his empathetic mother Rosie (Scarlett Johansson), has been hiding a teenage Jewish girl named Elsa (Thomasin McKenzie) in the eaves of the house, he's forced to confront Hitler's ideologies while beginning to question their purpose and function.

There are approximately half a million ways in which Waititi's film could have jumped the track and ended in a wreckage of sentiment and artifice, but the New Zealand director somehow, inexplicably, keeps hitting the right notes to make his peculiar composition work. If the line between the two possibilities is razor-thin, not only does he successfully stay on the edge, he does it while blindfolded and performing somersaults.

It helps of course that Waititi himself plays Der Fuhrer a bit like Mike Myers' Dr. Evil, only with a push-broom mustache, but it's also very smart to make Hitler himself the main comedic accessory -- along with Stephen Merchant's grinning SS agent Deertz -- allowing the other, more serious characters room to breathe. He doesn't play Hitler anything as he really was, but as he might have been imagined by a young, terribly naive German boy with a good heart. Jojo isn't any kind of ideologue, as Elsa explains to him, he's just a "10-year-old kid who likes dressing in a fun uniform and wants to be part of a club."

It also helps to have, as his protagonist, the young Griffin Davis, a gifted comic performer in his own right, making young Jojo vulnerable, his Nazi attachment clearly an unexamined need for connection. For Jojo, who spends his time mostly alone living with his widowed mother, all he wants very badly is to belong to something. He's just too young to have deduced what Nazism actually means in a real-world context.

Waititi has billed the film an "anti-hate satire," which about captures the film's spirit. The most hopeful thing it conveys is the idea that we aren't born into such abuses naturally, that with the right guidance and steering, even would-be Nazis can avoid the pitfalls of hatred and racism and turn out OK. Despite many peoples' fears, the film doesn't seek to personalize Hitler; rather, it wants to defuse him, rendering him and his ethos inert and thoroughly dismissible, like a grenade without an explosive charge: just an ugly hunk of metal in a distant scrap yard. 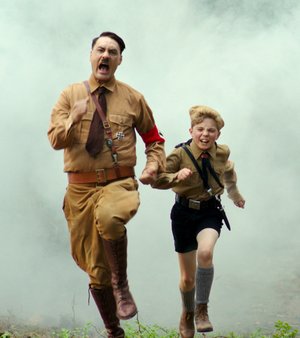