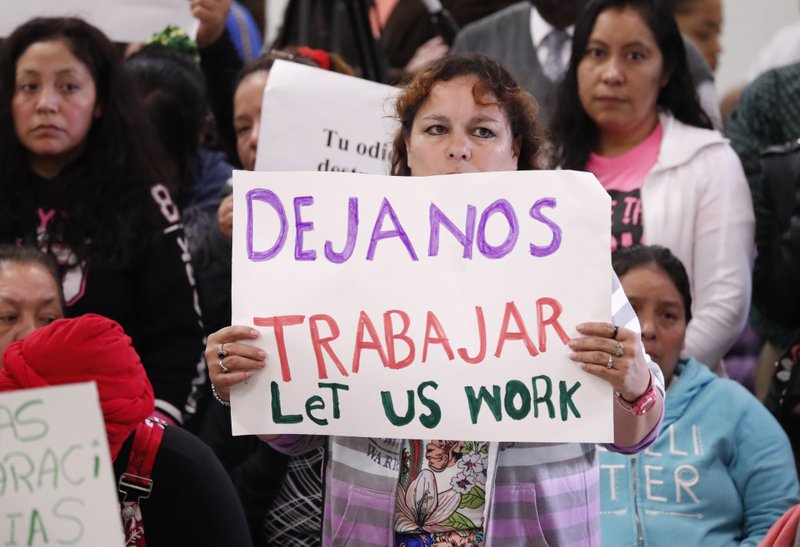 JACKSON, Miss. -- It's "disappointing" that President Donald Trump's administration is vigorously apprehending workers who are in the U.S. illegally but not prosecuting employers, a U.S. House committee chairman said Thursday.

"Not one employer or person from management has been arrested," Thompson said. "In fact, prosecutions of companies who hire undocumented workers have declined compared to the previous administration's numbers. The selective way the administration is enforcing our laws is disappointing."

"We're not satisfied with going after the low-level people, but as I'm sure you all understand, it is a lengthy process," Miles testified.

The Democrats called the arrests unnecessary, inhumane and demeaning, with U.S. Rep. Sheila Jackson Lee saying she would push for a law against separating parents and children because of immigration enforcement.

Miles called it an "oversight" that some school districts weren't contacted, and told reporters later that "I think that there are lessons that need to be learned." But he also pushed back against the idea that people who violate immigration laws should be treated differently from other criminals.

"Like anyone who gets arrested for a crime in the United States, they can't go home," Miles testified.