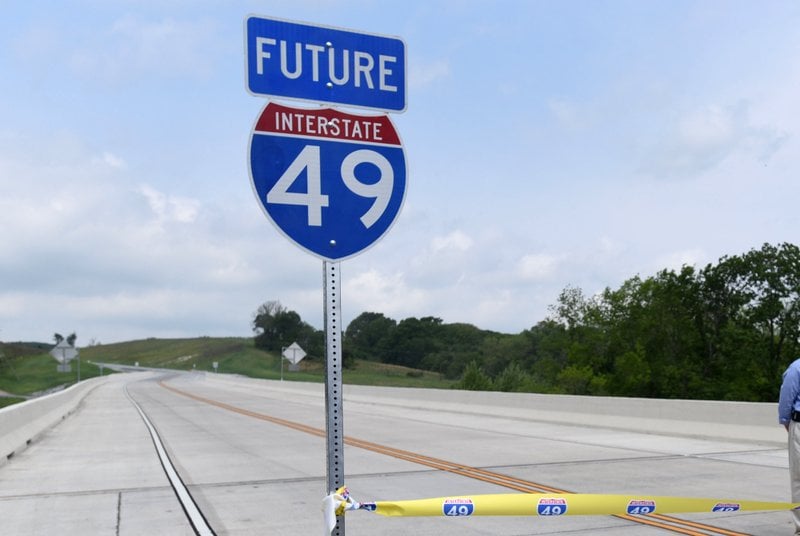 A section of the Bella Vista bypass. - Photo by Flip Putthoff

BENTONVILLE -- Rock blasting operations will require intermittent lane closures on Interstate 49 and Arkansas 549, according to a press release from the Arkansas Department of Transportation.

The blasting is for Bella Vista Bypass interchange construction, according to the release.

Traffic will be stopped for up to 15 minutes as a safety precaution in several locations, the release said.