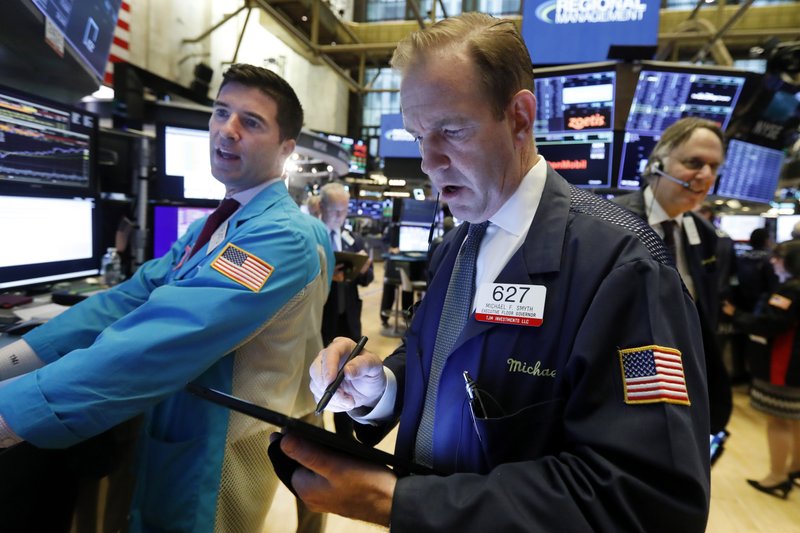 NEW YORK — Stocks rose broadly in early trading on Wall Street Thursday, pushing major indexes toward another set of records, after China said it agreed with the U.S. on a gradual pullback on tariffs if talks progress.

The S&P 500 is heading for its second record-setting day this week. The Dow Jones Industrial Average and the Nasdaq are on pace for their third day of record highs.

Technology companies led the market. Qualcomm rose sharply after reporting solid earnings. The sector is prone to swings in trade relations as many of those companies rely on China for sales and supply chains.

The yield on the 10-year Treasury rose to 1.89% from 1.81% late Wednesday. The big move signals confidence from investors as they shift away from safe-play holdings and take on more risk.

The Russell 2000 index of small company stocks was outpacing the broader market in the early going with a gain of 1.1%.

TRADING ON TRADE: The encouraging development in U.S.-China negotiations is giving the market direction after a day of listless trading as investors absorbed the latest round of corporate earnings. Both nations have agreed to a truce, but the terms are still vague and they have yet to sign a deal.

The U.S.-China trade war has been a top concern for investors since early 2018. Wall Street has been worried that tariffs will crimp corporate and economic growth.

BROKEN RECORDS: The S&P 500 has been on a steady rally for the past month, following the announcement of an initial U.S.-China trade deal in early October. Last week it notched three record-setting days as investors grew more encouraged about prospects for economic growth because of solid economic and earnings reports.

The rally also lifted the Dow and Nasdaq over the last two weeks to multiple records.

EARNINGS SCORECARD: It's a busy day for corporate earnings as the latest round of results nears the finish line. More than 85% of companies within the S&P 500 have reported so far.

Several companies that focus on travel were punished by investors after reporting weak results. TripAdvisor plunged 22.4% and Expedia plummeted 24.1%.