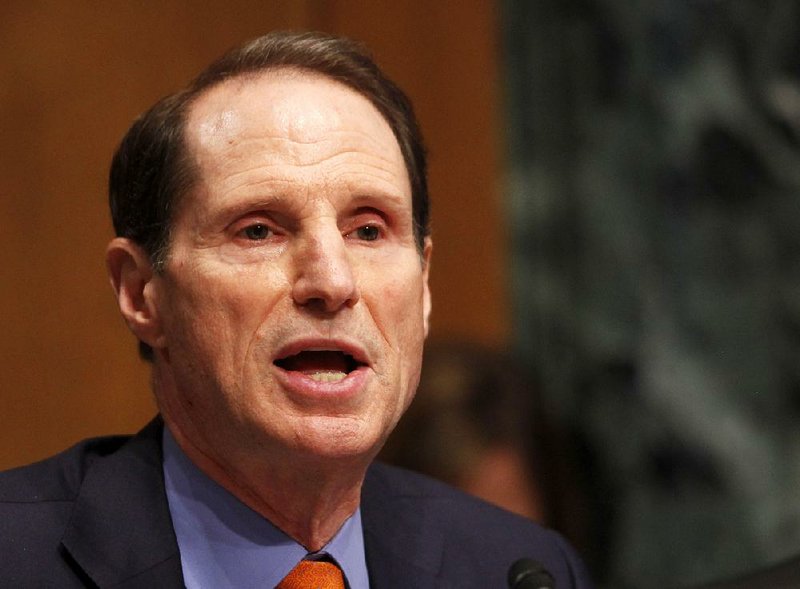 Sen. Ron Wyden plans to introduce a bill that would make it harder for projects underway before the tax break was enacted to get opportunity-zone incentives.

Lawmakers are voicing mounting concerns about a federal tax incentive, known as an "opportunity zone," that is supposed to encourage investors to pump money into the nation's poorest neighborhoods.

Leading Democrats in the House and Senate have sent a flurry of letters demanding answers and action by federal agencies after recent articles in The New York Times detailed how wealthy investors and real estate developers, including those with ties to the Trump administration, are poised to profit on the initiative.

In August, the Times highlighted how tax-advantaged money was beginning to flow to development projects that were underway in affluent neighborhoods even before the opportunity-zone incentive was enacted as part of President Donald Trump's tax cuts at the end of 2017. The initiative enjoyed broad bipartisan support. Under the law, governors can nominate qualifying census tracts to receive the designation.

An article last month described how financier Michael Milken, a longtime friend of Treasury Secretary Steven Mnuchin, is among the investors who stand to benefit from the way the Treasury Department is writing the rules governing the tax incentive.

Sen. Ron Wyden of Oregon, the top Democrat on the Finance Committee, said he was introducing legislation this week that would make it harder for developments that were underway before the tax break to qualify for the incentive. It also would disqualify about 200 zones that are adjacent to low-income census tracts but are not themselves poor.

Other lawmakers have written letters, citing the Times' reporting, to Mnuchin and called for investigations by the Treasury Department's inspector general and the Government Accountability Office.

The tax incentive is supposed to help struggling communities by attracting new businesses, housing and other real estate projects. If investors with capital gains -- profits on stocks, real estate or other assets that have increased in value -- invest them in one of nearly 8,800 opportunity zones, they get a discount on their capital-gains tax bill, as well as the potential to avoid any future capital-gains taxes if the new investment increases in value.

While the incentive has driven money into economically ailing cities including Erie, Pa.., and Birmingham, Ala., much of the money has gone to projects that were already planned or being built in rapidly gentrifying neighborhoods in places like Houston, Miami and New Orleans.

The Arkansas list includes eight tracts in Pulaski County, the most of any county, followed by six in Washington County, four in Mississippi County and three each in Craighead, Faulkner, Garland, Jefferson and Sebastian counties.

Large portions of traditional row-crop counties such as Mississippi, Desha and Jackson have been marked as zones. Large sections of heavily wooded counties such as Van Buren and Ouachita also received the state designations. Much of an area east of Interstate 30 near downtown Little Rock is among the governor's selections.

There are three tracts in Hot Springs, with one tied to the specific area between the Arlington Hotel and the site of the former Majestic Hotel.

Two Democrats and a Republican on the House Ways and Means Committee introduced a bill on Wednesday to require funds that invest in opportunity zones to file annual reports with the Treasury Department that disclose details of their development projects and any new businesses.

The bill would impose $500-a-day penalties for failure to file the report and would require the Treasury Department to make the reports public. The department also would have to release an annual report on job creation and poverty reduction attributable to the tax break.

"It's our job to conduct oversight and ensure the zones work as intended everywhere," said Rep. Mike Kelly, R-Pa., a co-sponsor of the bill.

"We're seeing examples that are enormously troubling" among designated zones, Wyden said, citing the Times articles. "I am proposing to terminate those zones until we get out in front of this."

A number of industries already are not permitted to benefit from the tax break, including liquor stores, massage parlors and racetracks. Wyden's bill would expand that prohibition to self-storage facilities and luxury housing, which have been popular destinations for opportunity-zone money.

Some of the loudest calls for changes in the tax incentive are coming from members of the Congressional Black Caucus, who in many cases represent poor urban areas that were supposed to see some of the biggest opportunity-zone investments.

Reps. Emanuel Cleaver II, D-Mo., and James Clyburn, D-S.C., said they were extremely disappointed with how the opportunity-zone initiative was playing out, though they acknowledged that the results might improve over time.

Cleaver said he had spent many weekends organizing meetings in his district to bring together business leaders and officials to try to lure opportunity-zone dollars to distressed neighborhoods in Kansas City and Independence, Mo.

"We thought the companies would be beating on our doors, saying, 'Please, please, we want to build this or build that,'" Cleaver said. "But it just hasn't happened."

Clyburn said that when a real estate project did come to his district, it was to serve college students, not poor residents.

Information for this article was contributed by Stephen Steed of the Arkansas Democrat Gazette.