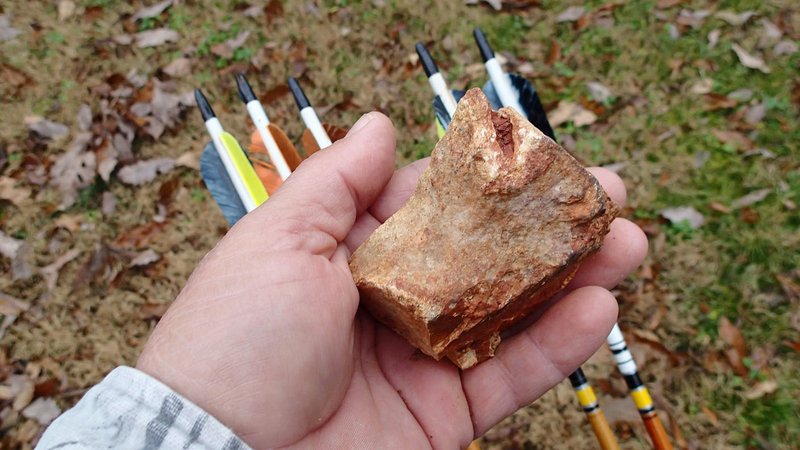 It'll be a three-alarm morning Saturday when modern gun deer season opens 30 minutes before sunrise. That's how many clocks hunters might set to be sure they're up and headed to the woods at daybreak.

No doubt scouting and planning are hot and heavy this week at homes, cabins and deer camps to be ready for the big day. Out in the deer woods, one acre looks a lot like another. It can be a head scratcher figuring out where to set a tree stand or ground blind.

Years ago, during my first season at Camp See No Deer, I learned that tree stand placement is an exact science. Asking nice got me permission to hunt at this lovely wooded tract where the deer and armadillos play. Now, where to hunt?

The landowner had given an earlier OK for three other lads to hunt this lovely piece of woods during the archery deer season. I was tickled when these expert bowhunters welcomed me into the fold.

It's archery only at Camp See No Deer. No guns allowed by decree of the landowner.

Opening day neared, and I pondered where to set my tree stand. I sought the wisdom of our senior bowhunter, the high chief who'd been hunting these woods for many moons.

"Gosh, this forest is so big," I mused to my mentor. "How do I find the best place to put my tree stand?"

A smile creased his bearded face and an arm went around my shoulders.

"Young one," he said, "before I tell you, I must swear you to secrecy on this stack of hunting regulations guidebooks."

I swore as directed. Then the wise man hunkered down, picked up a rock and handed it me.

"Ah," I sighed with wide eyes. "A secret stone. So this will show me where to place my stand?"

I squinted them closed at his command.

"OK, turn yourself around now, in circles like you're doing the hokey pokey."

Around and around I whirled right there in the woods like a klutzy square dancer.

"Now wrap your hand firmly around the stone," my adviser coached. I did as he ordered.

"Should I say some magic words, maybe blow on the stone?" I wondered.

"Nah," my mentor confided. "Now take the rock and heave that sucker as far as you can. Wherever it lands, that's the best place to put your stand. Works as well as anything."

Seasons came and went, and I enjoyed carrying the hallowed recurve bow at Camp See No Deer. The wooden bow is highly revered, for it came from that sacred Mecca of hunting gear -- the pawn shop.

One season I thought I'd try some archery deer hunting on public land. I headed out to Hobbs State Park-Conservation Area to scope out a good spot. I picked up a stone, shut my eyes and whirled around like I'd been taught. No need to look for deer poop, buck rubs, tracks or other sign when you know this tried and true way of tree stand placement.

Clutching my egg-sized stone, I closed my eyes and whirled around as I'd learned at Camp See No Deer. After throwing my rock, I strapped a tree stand to a sturdy oak where the stone came to rest. This had to be the spot. I could almost smell venison stew simmering in the pot.

Sure enough a fat doe came crunching through the leaves. Dang, it was behind me and way out of range. The next hunt, a buck followed the same path but circled in front of me. Dadgummit, out or range again.

That inspired a new hunting plan. Next time I'll throw a stick.