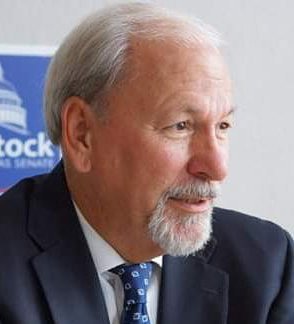 He now operates a one-person mediation office, Comstock Conflict Resolution Services in Rogers, according to his announcement.

"I am running for this office because I believe that there is a better way to govern," Comstock, 68, said in his announcement. "I believe we owe it to ourselves to be better stewards of the tax dollars that hard working Arkansans contribute to our state budget."

The District 96 seat is currently held by Rep. Grant Hodges, R-Rogers, who has announced he will not seek re-election. The only other candidate to announce for the seat to date is Benton County Justice of the Peace Josh Bryant, who is running as a Republican.

The district includes parts of Rogers, Lowell, Avoca, Garfield and Gateway. It also covers much of eastern Benton County. The last Democrat to run in the district garnered 33.6% of the vote in 2018.

The preferential primary is set for March 3. Candidate filing for partisan offices began at noon Monday and ends at noon Nov. 12. The general election is Nov. 3.

State House members serve two-year terms and have an annual salary of $41,393.