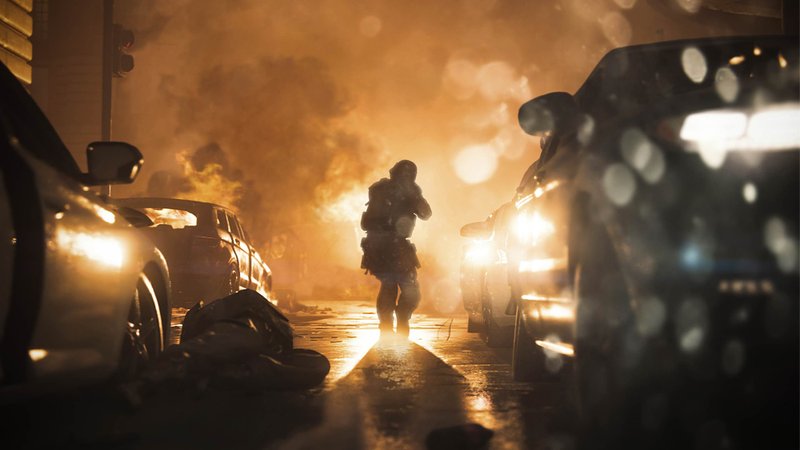 Yes, it's called Modern Warfare once again. But this is no video-game reboot when it comes to gameplay, even if the characters carry some of the same names. It's a change of pace — even from this game's own beta.

Fights feel less like people running around at 50 mph with hand cannons. The player who perches by a window while a claymore mine defends their 6 is king.

Sure enough, multiplayer matches feel slower than even the original Modern Warfare, and it even feels noticeably slower than this game's multiplayer beta, which was already dialed back from the warp speeds of earlier releases.

We haven't had much time to play with the single-player campaign, but here's what we think so far:

■ The beginning of the campaign underscores the smaller-scale urban fights that typified the "Warfare" series. There are scenes with violence that might make viewers uncomfortable. Indeed, the introductory cinematic ends with a suicide bomber appearing to detonate a vest of explosives next to a woman who pulls her child close. Shades of the London bombing scene from Modern Warfare 3.

■ The "leaning" mechanic makes a welcome appearance in the series. Players can mount their weapons on an object like a desk or door frame and aim without exposing their bodies to incoming fire. Call of Duty has been the source of many memes, including a 2009 comment from Infinity Ward that Modern Warfare 2 was "not balanced for lean."

■ For some, like myself, all this attention to slower, more tactical ground warfare is welcome. The last few CoD games pushed a more frenetic pace as the series leaned heavier into science fiction. It rewarded the sweatier, quick-twitch players who had been grinding for the best gear. Now you can do some serious damage even with basic loadouts, as long as you're playing smart.

For the last five years, the game has become more of an arcade shooter, but in so doing, it has become more popular than ever. This turned off some of Call of Duty's initial player base, and time will tell whether this slower, more tactical Call of Duty will bring back or keep players. If they do increase the speed again, it'd be nice if they did that in a separate game mode.

■ The slow-mo does have its downsides. Going into iron sights for better aim can feel sluggish. Different guns yield different results, and fans of the twitchy Call of Duty gameplay will need to adjust to this flow. Sliding and running are also slower. Other players look like they're purposefully running in slow motion.

■ The maps feel as if there are more hiding places. I found some campers and also found myself camping and scoring points. If you run around recklessly, you will die. A lot.

■ Also new (at least we think) is the ability to mute your whole lobby. If someone's spewing stupid stuff or playing music really loud while wearing a mic, you don't have to search through the lobby, ID the offender, click his/her profile and mute him/her individually. Now, you can just shut up the whole lobby by pressing the right stick.