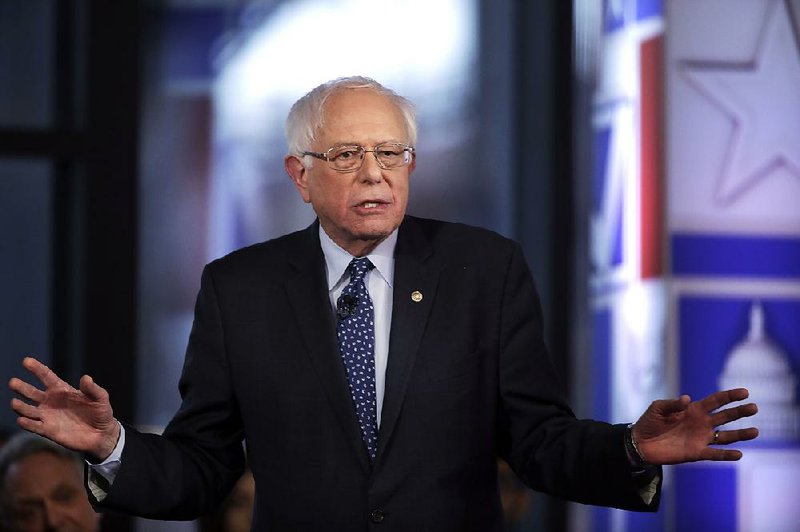 Presidential candidate Sen. Bernie Sanders will pitch a Walmart Inc. shareholder proposal to give hourly workers a seat on the board when the company holds its annual business meeting June 5 in Rogers.

Carolyn Davis, a Walmart employee and member of the grass-roots group United for Respect, which advocates for workers, filed the proposal, the group said Tuesday in a Facebook post. Davis told The Washington Post that she invited Sanders, a Vermont independent running for president as a Democrat, to present the proposal "because he has supported workers in their fight for better pay and paid sick leave."

The group's campaign -- United for Respect at Walmart, founded in 2011 -- has pushed for higher wages and changes to the Bentonville retailer's family-leave policy and scheduling practices, among other initiatives.

"We're demanding a say in what happens at the top because it impacts us at the bottom," the group says on its website. "Associates need to be represented on the corporate board to ensure that our voices, issues and experiences are a part of building real change at Walmart."

Walmart said in a statement Tuesday that it will respond to the proposal after it's formally presented at the June 5 meeting, which will be held at the John Q. Hammons Center beginning at 10:30 a.m. Shareholders will vote on business and proxy proposals and elect board members. The meeting will be webcast live at stock.walmart.com.

The business meeting falls in the middle of a week of festivities in which Walmart shareholders and employees from around the world will converge on Northwest Arkansas. A star-studded celebration on June 7 at Bud Walton Arena in Fayetteville will round out the week's events.

A person who answered the phone at Sanders' Washington, D.C., office referred inquiries about his impending visit to Rogers to his campaign headquarters. A message left at the headquarters was not returned.

Sanders, with Rep. Ro Khanna, D-Calif., introduced a bill in November titled the Stop Welfare for Any Large Monopoly Amassing Revenue from Taxpayers Act, or the Stop WALMART Act. The bill would prohibit large employers from buying back stock unless they raised minimum pay for all employees to at least $15 an hour, allowed them to earn up to seven days of paid sick leave and limited chief executives' compensation to 150 times the median pay of all employees.

A Walmart spokesman previously said McMillon's pay ratio was down 9.4% from the previous year, and that total compensation for the median employee grew 14.5%. Walmart raised its minimum wage to $11 an hour in February 2018.

Davis' proposal is unlikely to pass, as Walmart shareholders usually reject employee proposals. Two shareholder proposals are already on the meeting agenda, according to the proxy statement: a request to strengthen prevention of workplace sexual harassment, and a request to adopt cumulative voting. The board of directors has recommended shareholders vote against both proposals.

United for Respect has "limited scholarships" available to help current Walmart employees travel to the meeting, according to its website.