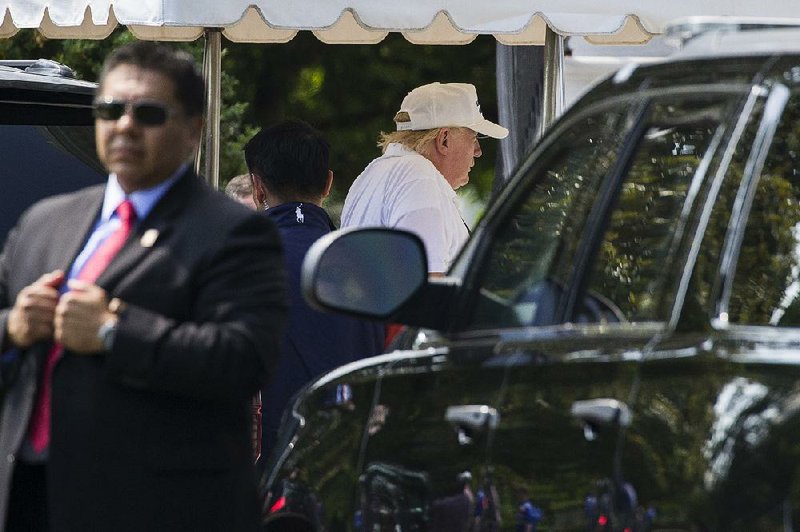 President Donald Trump, shown arriving back at the White House on Sunday from Trump National Golf Club in Virginia, lashed out on Twitter against Rep. Justin Amash’s criticism, calling him “a total lightweight.”

But House Intelligence Committee Chairman Adam Schiff nevertheless warned that Democrats were still on a path to force White House cooperation with the various congressional investigations into Trump's conduct.

"It provides an additional tool," the California Democrat said on CBS' Face the Nation. "What we have been doing is we have been gradually escalating the tactics we need to use to get information for the American people. So we began by asking for voluntary cooperation, and that was not forthcoming. We followed with subpoenas, we followed with contempt. We may follow with inherent contempt, and we may have to follow with impeachment."

Schiff was responding to Saturday's comments by Amash, R-Mich., who criticized what he called Trump's "impeachable conduct" stemming from special counsel Robert Mueller's lengthy investigation into Russian meddling in the 2016 presidential election.

Schiff said Amash has shown "more courage than any other Republican in the House or Senate," but added that it remained unlikely that an impeachment trial would succeed in the Republican-controlled Senate.

"We see no signs of that yet," he said. If Democrats are forced to pursue impeachment proceedings, Schiff added, it "has less to do with Justin Amash and more to do with the fact that the administration is engaging in a maximum obstructionism campaign against Congress."

In a series of posts on Twitter, Amash became the first member of Trump's party on Capitol Hill to accuse him of engaging "in specific actions and a pattern of behavior that meet the threshold for impeachment." Amash, a libertarian, considers himself a strict constitutionalist and is often the lone Trump dissenter on his side of the House aisle.

Amash wrote that after reading Mueller's 448-page report, he had concluded that not only did Mueller's team show that Trump had attempted to obstruct justice, but also that Attorney General William Barr had "deliberately misrepresented" the findings. Amash added that "few members of Congress even read Mueller's report."

Trump on Sunday responded on Twitter, saying he was "never a fan" of Amash, "a total lightweight who opposes me and some of our great Republican ideas and policies just for the sake of getting his name out there through controversy."

The president argued that Mueller's report was "biased" but that it was "nevertheless strong on NO COLLUSION and, ultimately, NO OBSTRUCTION."

Mueller found 10 "episodes" of potential obstruction of justice by Trump but ultimately concluded that it was not his decision to determine whether the president broke the law. Barr said he had reviewed the evidence and found it insufficient to support an obstruction charge.

In the report, Mueller's team also wrote that while the investigation established that the Trump campaign "expected it would benefit electorally from" information stolen in Russia-backed efforts, it "did not establish that members of the Trump campaign conspired or coordinated with the Russian government in its election interference activities."

Trump added on Sunday, "Anyway, how do you Obstruct when there is no crime and, in fact, the crimes were committed by the other side?"

"Justin is a loser who sadly plays right into our opponents hands!" Trump wrote.

Amash's office did not immediately respond to a request for comment.

"Those who know Justin Amash, this is exactly what he wants. He wants to have attention," McCarthy said in an interview on Fox News Channel's Sunday Morning Futures.

McCarthy also took aim at Amash's record as a lawmaker: "It's really disturbing, because, when you watch on the floor, you could have a bill with 400 votes all supporting it. There will always be one opposed, and that will be Justin Amash."

Sen. Mitt Romney, R-Utah, praised Amash's "courageous statement" but said he believed the evidence in the Mueller report lacked "the full element that you need to prove an obstruction-of-justice case."

"Justin Amash has reached a different conclusion than I have," Romney said on CNN's State of the Union. "I don't think impeachment is the right way to go."

Romney added that "when there's not an underlying crime, I think it's difficult to put together an effective case to prosecute for those crimes."

The chairman of the Republican National Committee -- Romney's niece, Ronna McDaniel -- said on Twitter that "it's sad to see Congressman Amash parroting the Democrats' talking points on Russia," arguing that Amash was disappointing his Michigan district by not supporting the president.

Over the weekend, Michigan state Rep. Jim Lower, an outspoken Trump supporter who lives in Amash's Grand Rapids-area district, suggested he would challenge the five-term congressman next year.

"This cannot go unchallenged! I support @realDonaldTrump, I support West Michigan values, I support our party's values," Lower tweeted, promising a major announcement on his potential challenge in the coming weeks. Lower later retweeted McDaniel's criticism of Amash, and he changed his profile photo to one of him standing in front of a "Trump 2020" banner.

But some Democrats were happy with Amash, saying his pronouncement met one of the main conditions set by Pelosi, D-Calif., in March for starting impeachment proceedings: That some Republicans support such a step.

"There is now bipartisan support," Rep. Pramila Jayapal, D-Wash., said Sunday on State of the Union.

Jayapal, a co-chairman of the Congressional Progressive Caucus, called Amash's statement a "watershed moment," adding that the push now would be to begin formal proceedings in the House Judiciary Committee. That, she said, will give Democrats better legal standing in federal courts to counter Trump's assertion of executive privilege in not turning over more details from the Mueller report and blocking testimony from former White House officials.

On the subject of impeachment proceedings, Jayapal said, "we are very quickly headed down that path."

Information from this article was contributed by Hope Yen of The Associated Press; by Glenn Thrush of The New York Times; and by Felicia Sonmez, Paul Kane and Colby Itkowitz of The Washington Post. 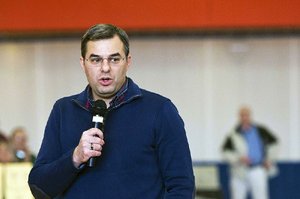 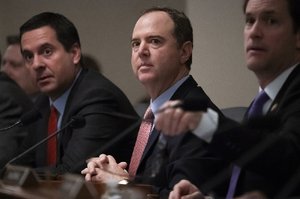 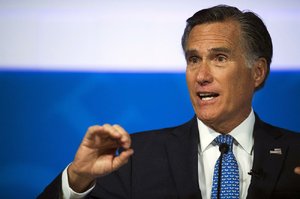 Photo by The Spectrum
Mitt Romney 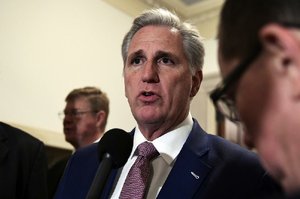 Photo by AP
House Minority Leader Kevin McCarthy is shown in this photo. 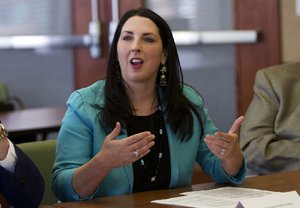