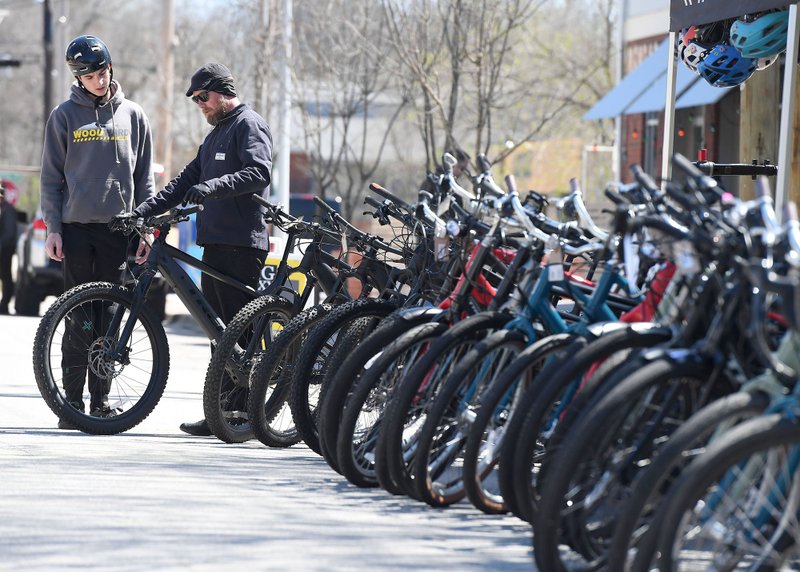 Bentonville was ranked No. 11, Fayetteville No. 15, Springdale No. 19 and Bella Vista No. 22 in a list of the nation's best cycling cities by PlacesForBikes, according to a news release.

Rogers and Siloam Springs also ranked at No. 67 and 72, respectively.

Northwest Arkansas cities ranked at or near the top in certain categories.

Bentonville, Fayetteville and Bella Vista each received high placement in the acceleration category, a measure of how quickly the cycling infastructure is improving and local ridership is growing.

Fayetteville tied for No. 1 in the category. Bella Vista placed at No. 6 and Bentonville at No. 12, according to the release.