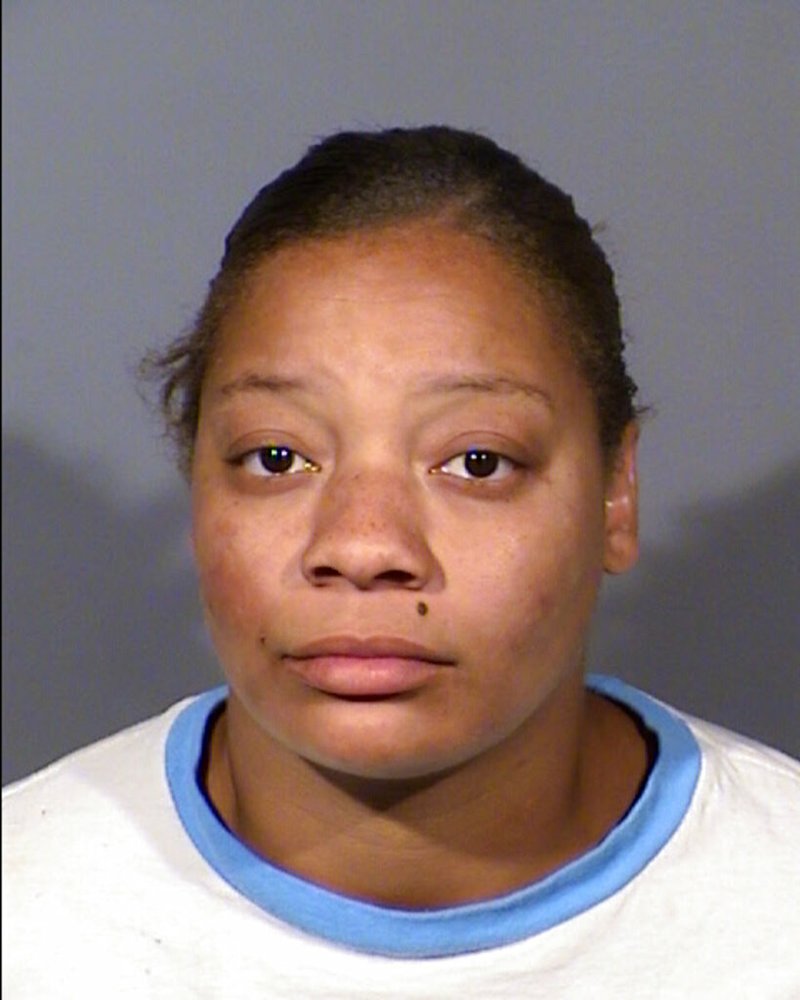 This undated Clark County Detention Center booking photo shows Cadesha Michelle Bishop of Las Vegas. On Monday, May 6, 2019, Bishop, 25, was arrested on a murder charge in the death of 74-year-old Serge Fournier. Authorities say he was fatally injured in a fall to a sidewalk when Bishop shoved him and his walker off a public transit bus on March 21, 2019. The Clark County coroner ruled Fournier's April 23, 2019 death a homicide resulting from his injuries. (Clark County Detention Center via AP)

LAS VEGAS -- Police in Las Vegas have released security video they say shows a woman shoving a 74-year-old man off a public bus after witnesses say he asked her to be nice to other passengers.

The video shows Serge Fournier landing face-first on a sidewalk east of downtown on March 21. He died April 23.

The Clark County coroner ruled Fournier's death a homicide resulting from his injuries.

Authorities arrested 25-year-old Cadesha Michelle Bishop on May 6. She has been charged with murder and remains jailed on $100,000 bail pending a preliminary hearing of evidence May 21.