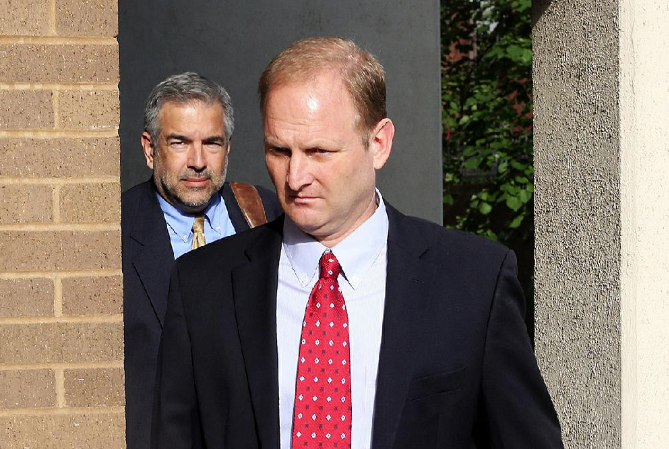 FAYETTEVILLE -- Arguments in the appeal of former Ecclesia College President Oren Paris III won't happen until September unless the appeals court agrees to reschedule another case, according to a defense motion filed Monday.

Paris pleaded guilty April 4, 2018, to one count of conspiracy for paying kickbacks in return for state grants to the college. He reserved his right to an appeal in a plea bargain with the U.S. attorney's office.

His appeal claims the case was improperly investigated and evidence in his favor was destroyed. His appeal is before the U.S. 8th Circuit Court of Appeals. Paris is serving a three-year sentence.

The appeals court informed defense counsel Monday no date for arguments is available before September, according to Monday's defense motion. The defense motion asks the court to reschedule one of the civil cases set for June to make room for Paris' appeal. Paris' case is a criminal matter with the appellant imprisoned, and, therefore, deserves an earlier hearing than a civil case, the motion argues.

Neal pleaded guilty to one count of conspiracy and cooperated with investigators. Woods and Shelton were convicted of multiple corruption charges May 3, 2018. Those two are also appealing to the 8th Circuit. Their appeal is separate from Paris' case.

Paris paid Shelton for being a consultant to Ecclesia, a private religious school in Springdale. Shelton would then pay the kickbacks to Woods and Neal. Paris was set to go to trial with Woods and Shelton but changed his plea to guilty the week before trial began.

How much was paid in kickbacks was never determined because much of the payments were made in cash, according to the U.S. Justice Department's case at trial. Shelton's consulting firm was paid at least $267,000 by the school while state grants to Ecclesia totaled $717,500. Of that, $550,000 was steered to Ecclesia by Woods and Neal.