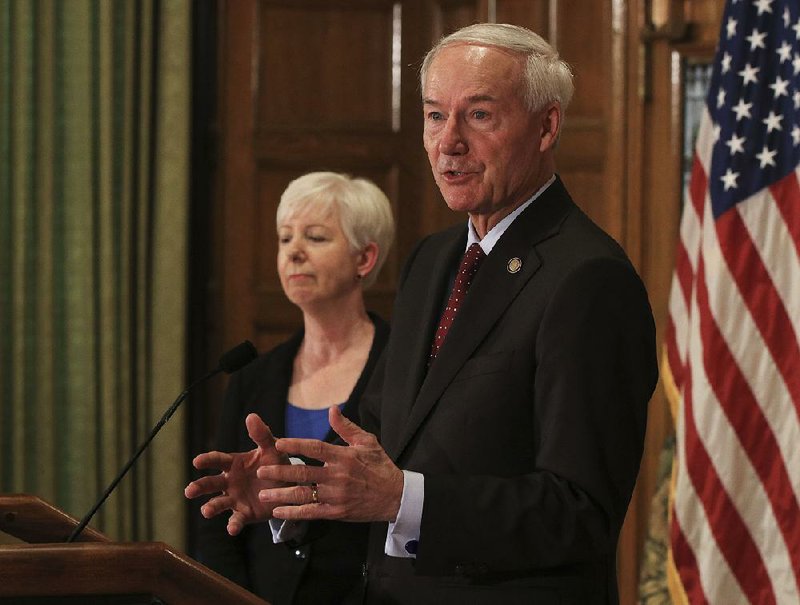 The 77-page plan focuses on obtaining federal grants for internet service providers, or ISPs, to run wires to rural areas such as the Arkansas Delta, Ozark Mountains and southern timberlands. State maps show those areas lagging behind larger cities in terms of connectivity. Those maps, and the governor's report, also show that "substantial" parts of some urban areas, such as Little Rock and West Memphis, lack access to high-speed internet.

"Broadband has become so essential to the modern American way of life that government can’t be indifferent when people lack access to it," the introduction to the governor's plan states.

J.R. Davis, a spokesman for the governor, said adopting a statewide broadband plan will aid ISPs that are applying for federal grants dedicated toward rural broadband. While the plan calls for coverage to be expanded to all population centers with more than 500 people, it will likely have broader effects, Davis said.

"If there's a smaller community [outside of town], they're going to be able to tap in as well because of the new lines that are being run out there," he said.

The Federal Communications Commission has set standard for minimum broadband speeds at 25 megabits per second (Mbps) for downloads, and 3 Mbps for uploads.