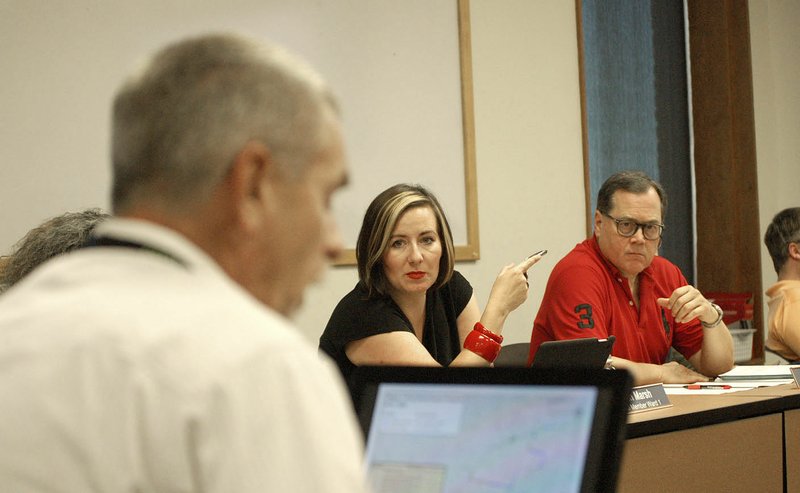 FAYETTEVILLE -- The City Council on Tuesday got an overview of the plan to spend about $97 million of the $226 million worth of projects included in the bond referendum voters approved last month.

The city hopes to implement spending the bond money in three, three-year phases. The first phase includes design and construction of about $38.5 million in transportation projects, $2.4 million in trails and $8.5 million in drainage improvement. Officials also want to spend the bulk of the nearly $37 million for a police headquarters in the first phase and spend about $10.5 million to design and build two of the three fire stations proposed in the bond issue.

For more information on the progress of the bond projects, go to fayetteville-ar.gov/2019bond. 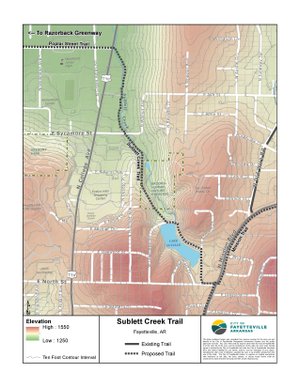 Council members will learn about the first phase projects associated with the arts corridor downtown, parks, economic development and city facilities bond issues at its next agenda meeting. About $140 million in total will be covered in the first phase.

Bond money should start becoming available in September. The council will have to approve issuing the bonds to receive the money for the projects as planners are ready to spend it. At least 85 percent of the money for each project has to be spent within three years of the city receiving it, Chief of Staff Don Marr said. Administrators tried to pick the projects most feasible to do first, he said.

"Obviously, we can't do all of the projects at one time," Marr said.

About $32 million is planned in Phase I for construction of transportation projects. Zion Road, Rolling Hills Drive and finishing Rupple Road top the list.

Another $1.8 million is planned for design only. The most expensive redesigns include College Avenue from North to Township streets, Rolling Hills Drive and North Street from Garland Avenue to Mission Boulevard.

The $2.4 million ready for trails includes building a tunnel planned beneath the Interstate 49 and Martin Luther King Jr. Boulevard interchange and much of the design work for the Shiloh Trail.

Not included in the first phase is the Sublett Creek Trail, although it has about $1.3 million in bond money budgeted. About 30 residents voiced their concerns during a Transportation Committee meeting Tuesday the trail would destroy the Brooks-Hummel preserve. The city bought the 14-acres in 2007 for $495,000, with the Fayetteville Natural Heritage Association contributing $179,000 toward the purchase.

Representatives of the association, original fundraisers for the land purchase and neighborhood property owners association members all asked for the connection to be removed from the planning map.

The preliminary plan has the trail starting at Poplar Street and College Avenue and going behind businesses on College and Evelyn Hills Shopping Center. Spurs would go through the Brooks-Hummel preserve, with a bikeway to run along Lakeridge Drive at Lake Lucille. The trail would then go east across Mission Boulevard, head north, and connect to Old Wire Road.

The committee voted to keep the connection on the map but mark it as a study area. The Planning Commission will take it up next.

City Engineer Chris Brown said the first phase of drainage projects should cover a few major ones, including Missouri Creek near Rolling Hills and Sunbridge Drive at College Avenue.

As far as the police headquarters, Police Chief Greg Tabor said the city is negotiating with the University of Arkansas System Division of Agriculture to buy about 12 acres at the northeast corner of Deane Street and Porter Road. The campus will include a main police station, storage facility and indoor shooting range.

One of the new fire stations is also planned at the location and would take up about 1½ of the 12 acres. The second is planned for South School Avenue near Cato Springs Road, Fire Chief David Dayringer said. The city is working on purchasing land, he said. The department will review the best placement of the third new station in about three years.