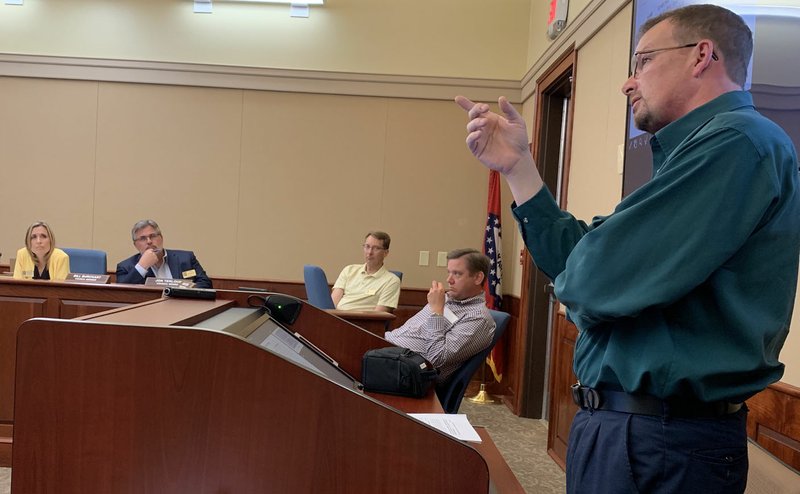 About 1.52 miles of road will be overlaid in Bentonville this summer. Impacted streets include:

• Northwest Fifth Street from Northwest B Street to Hook Street

• Southwest 10th Street to the end of Southwest A Street

Davis said FirstStep used a car with cameras mounted on it to drive the city to record and determine the condition of area roads.

"The decision-making in the past has been up to staff basically through observation and driving the city," Davis said. "So, this really takes it out of our hands and actually puts it in an independent firm's hands that has actually graded the roads."

FirstStep graded the the city's 280 miles of roads as being in good, fair, poor or excellent condition based on the level of repair each requires, Davis said.

"The data is there," he said of the information provided by FirstStep. "You can't really argue with the data."

The road overlays are anticipated to be done by August with the city working with a to-be-determined contractor to complete the work, he said.

"We as a Street Department have to do the subgrade preparation work before we do the overlay," Davis said, explaining the city will replace and compact road dirt as needed before new asphalt is laid by a contractor.

"The overlay is the only thing being contracted," Davis said. "That's the placement of the asphalt."

Bids from interested contractors may now be received, as he said city officials have previously approved of the proposed work.

A total of 1.52 miles of overlays will be done in all, Davis said.

He said city development may have taken a toll on the roads as well.

"Some of the deterioration that you see on some local or neighborhood streets is when development takes place, because then we're bringing in the heavy traffic," Burckart said. "The dump trucks, the concrete trucks and also our garbage trucks are much heavier than they used to be."

The overlay work is anticipated to be completed on budget, Davis said, but the projected $350,000 cost of the project could change based on the price of oil, a major component of asphalt.

"The price of oil fluctuates, so it all depends on what they're getting the current oil prices at," Davis said.

He said a drop in the cost of the project could benefit city roads even more.

"If it comes in under budget, there may be a road or two that we can go revisit," Davis said, saying an excess of money could allow the city to complete more overlays this season.

The overlays are anticipated to continue to be viable for 10-15 years following the road work, Davis said.

"This is a standard overlay," he said. "We don't anticipate any challenges."

Print Headline: Bentonville prepares to drive on with street repair