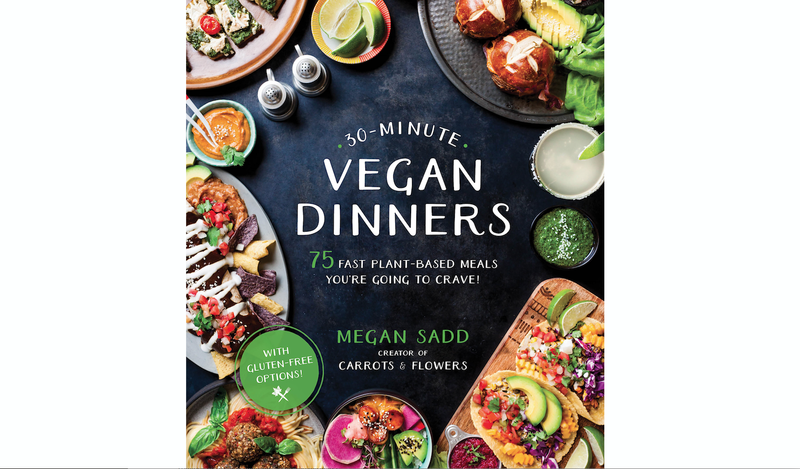 30-Minute Vegan Dinners is the first cookbook from Los Angeles recipe developer and food blogger Megan Sadd, known for her plant-based food blog, Carrots & Flowers, and a Facebook video channel. Her cookbook focuses on 75 vegan dishes that are easy enough to make as weeknight meals.

"I think a cookbook of 75 skillets sounds rather boring," she says in the book's introduction, "so I created these recipes to push the envelope and help you re-imagine what is possible to accomplish in 30 minutes."

Her recipes include Moo Shoo Tofu, Pan-Seared Cauliflower Marsala and three versions of mac and cheese. She says this recipe is for onion lovers; it's a vegan take on Mongolian Beef with portobello mushrooms and two kinds of onions.

Cook the rice with the broth in a rice cooker or according to package directions.

Mix the cornstarch, soy sauce, vinegar and liquid smoke together in a bowl. Gently toss the mushrooms in the marinade. Set aside.

Put the avocado oil in a large, deep pan over high heat.

Mix the soy sauce, sugar, rice wine, sesame oil and pepper together in a small bowl.

Add the mushrooms to the pan. Cook until tender and browned, about 3 to 4 minutes.

Mince the garlic while the mushrooms cook.

Add the yellow onion and garlic to the mushrooms and cook and stir until the onion is softened. Add the green onions. Pour the sauce over the pan and stir-fry for 1 to 2 minutes, or until the green onions soften. Serve over rice.