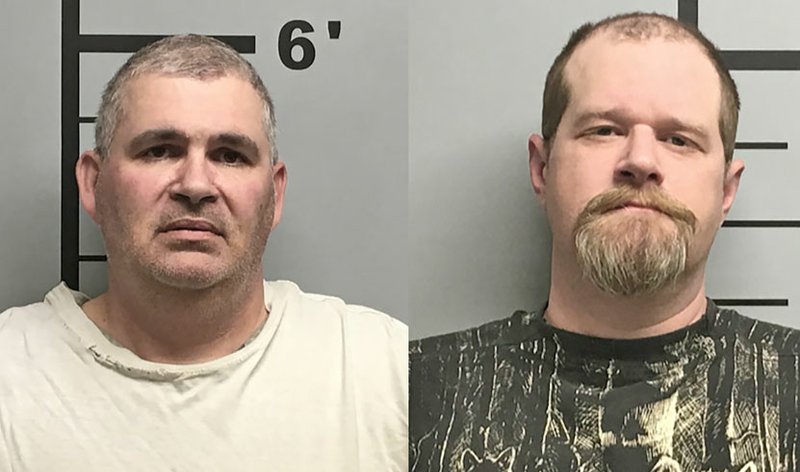 BENTONVILLE -- Two men pleaded not guilty today to a felony charge accusing each of shooting at the other while wearing a bullet-resistant vest.

Charles Eugene Ferris, 50, and Christopher Hicks, 36, entered the pleas at their arraignments before Benton County Circuit Judge Brad Karren. The two are each charged with aggravated assault.

Ferris is accused of purposely engaging in conduct that created a substantial danger of death or serious physical injury to Hicks. Ferris shot Hicks with a .22 caliber rifle while Hicks was wearing the vest, according to court documents. Ferris' actions showed extreme indifference to the value of human life, the documents say.

The criminal information filed in Hicks' case accuses him of acting under circumstances manifesting extreme indifference to the value of human life, purposely engage in conduct creating a substantial danger of death or serious physical injury to Ferris by discharging a firearm.

Benton County sheriff's deputies began investigating the case after receiving information about a man being shot multiple times while wearing a bullet-resistant vest, according to a probable cause affidavit.

Ferris told the deputy he had been shot six times, once in the chest and five times in the back, while protecting a man he called his "asset," according to the affidavit.

Ferris' wife, Leslie, contradicted his story. She said her husband was on the deck of their house at 21412 Deer Run Lane in Rogers. She said Ferris was drinking with Hicks, their neighbor, when she heard a gunshot.

Ferris admitted he made up the story about protecting someone else because he didn't want to get Hicks in trouble, according to the affidavit.

Ferris said he and Hicks had been on the deck drinking. Ferris was wearing a bullet-resistant vest. He told Hicks to shoot him, according to the affidavit.

Hicks shot Ferris in the chest one time. The bullet hit the top left corner of Ferris' chest. He said it hurt, according to the affidavit.

Deputies seized the rifle and vest, according to the affidavit.

Ferris and Hicks were released on citation after their arrests.