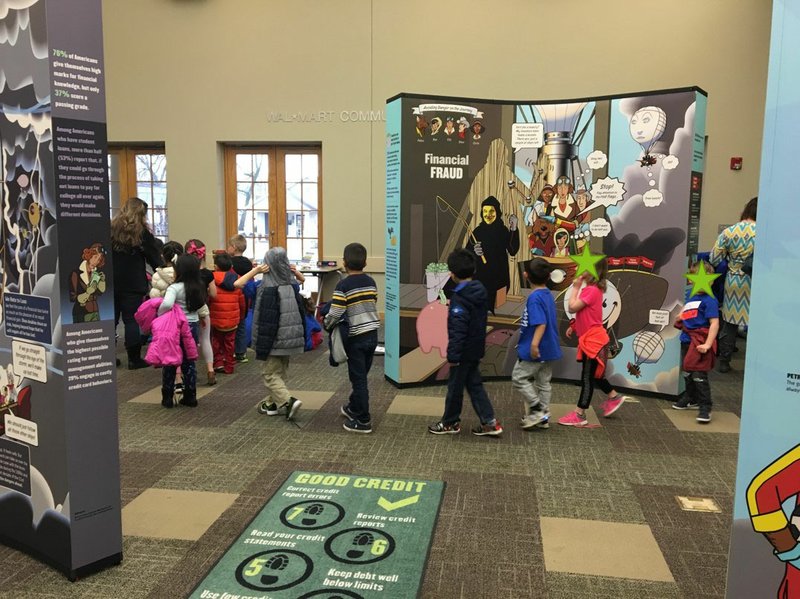 It's nearly two years away, but everybody knows one must invest in the future, collect interest and find supporters willing to put their money where their mouths are. Right?

Bentonville Public Library is doing all that to get ready for "Thinking Money for Kids," opening April 28, 2021. The basis for the programming is an exhibit from the American Library Association, traveling to one library in each of the 50 states. BPL was selected as one of those sites out of 130 applicants.

"Bentonville Public Library has previously been granted two traveling exhibitions from the American Library Association: 'Thinking Money' and 'Explore Space,' which generated a combined reach of more than 10,000 attendees to the exhibits and related library programs," says Sue Ann Pekel, BPL children's librarian. "Staff are confident we can generate a quality program to successfully promote 'Thinking Money for Kids' in our community."

The announcement of the exhibit locations came during National Library Week, which centered around the theme of "Libraries = Strong Communities." Pekel says BPL has found by offering "a wide variety of materials on personal finance" that patrons are deeply interested in the topic, and "we are excited about the opportunities ['Thinking Money'] will provide our library to engage our community's children."

The multi-faceted exhibit will include several special events:

"Thinking Money: With the Three Little Pigs" -- Children will study the exchange and market concepts of human, natural and capital resources as well as the exchange of goods and services as they plan, gather, barter or buy supplies and build models houses of straw, wood or bricks.

"Bentonville Public Library hopes that the information and programming related to the 'Thinking Money for Kids' exhibit will influence the financial behavior and create greater financial capability for the children and families of our community," Pekel says. "BPL is committed to educating all young patrons on being money smart."

Print Headline: Investing In The Kids Of The Community