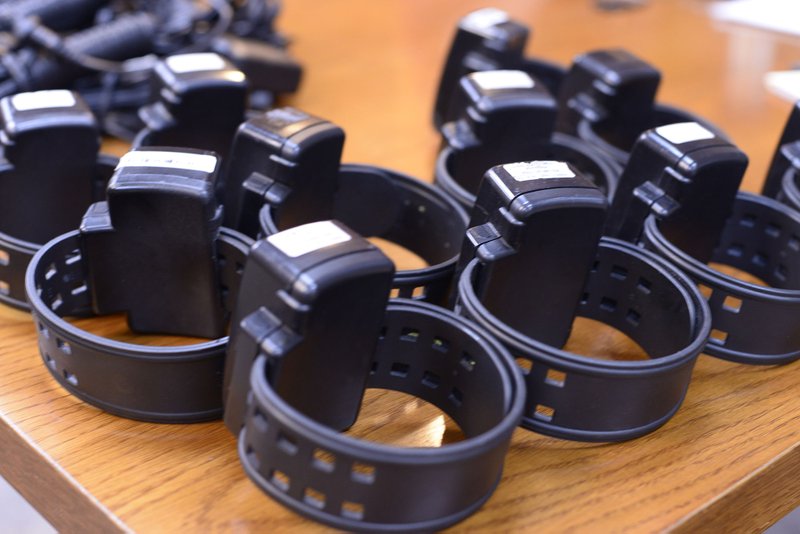 FAYETTEVILLE -- Washington County's justices of the peace on Tuesday voted to authorize an $8 million agreement with Johnson Controls for an energy-saving program in most county buildings.

The Finance and Budget Committee voted to ask County Attorney Brian Lester to draft a proposal authorizing the agreement to be considered at the May 16 meeting of the Quorum Court. The agreement would see the installation of a solar-energy array to generate electricity for the county; replace most of the heating and air-conditioning units in county buildings; replace light fixtures; replace sinks, toilets and make other plumbing improvements; improve to the county courthouse and historic courthouse to conserve energy; and a new fire alarm system for most buildings.

Washington County’s justices of the peace on Tuesday recommended transferring about $970,000 from the Road Department’s reserve into the department’s 2019 budget. The money is to cover doing flood repair work the county hasn’t yet been reimbursed by the state and federal governments. Carl Gales, chief of staff for County Judge Joseph Wood, said the Federal Emergency Management Agency hasn’t fully reimbursed the county for work done since 2015.

The Sheriff's Office and jail will not be included in the program.

Alex Ray, with the Johnson Controls office in Little Rock, briefed the committee on the proposal. According to Ray, the county will continue to budget for utility costs as it has in the past, including a 4% annual increase, but with the improvements done in a 10-month period, the actual costs will dramatically decrease, allowing the county to pay for the $8 million program from those savings. Ray said demand for electricity should be cut by 19%, water use should be cut by 15% and consumption of natural gas should be cut by 8%.

The county will enter into a 20-year lease-purchase agreement to pay for the improvement under the proposal, if it's approved by the Quorum Court.

Ray said the solar power system proposed will make Washington County the largest non-utility producer of electric power in Arkansas. He said the solar arrays will generate 2,011 kilowatts and for six or seven months out of the year the county will be solar-powered. Ray said similar plans have been put in place in Pulaski, Sebastian and Jefferson counties in Arkansas.

Dwight Gonzales, county buildings and grounds director, said he has worked with Johnson Controls for two years assessing buildings and the scope of possible improvement. He said the solar array, to be built near the animal shelter and on the roofs of the Road Department and Bridge buildings, will shield the county from increasing electricity costs. Gonzales said the county has spent about $550,000 in one year on electricity.

The justices of the peace also heard a presentation on the use of ankle monitors as an alternative to holding people in the Washington County Detention Center. The county has been considering expanding the Detention Center for the past few years, but the justices of the peace have said they want to see information on alternatives to incarceration before considering a $38 million jail expansion.

Justice of the Peace Ann Harbison, whose District 13 cover much of south-central Washington County, said the presentation was just part of the information-gathering process.

"All the information we can have will benefit us in making our decision," Harbison said.