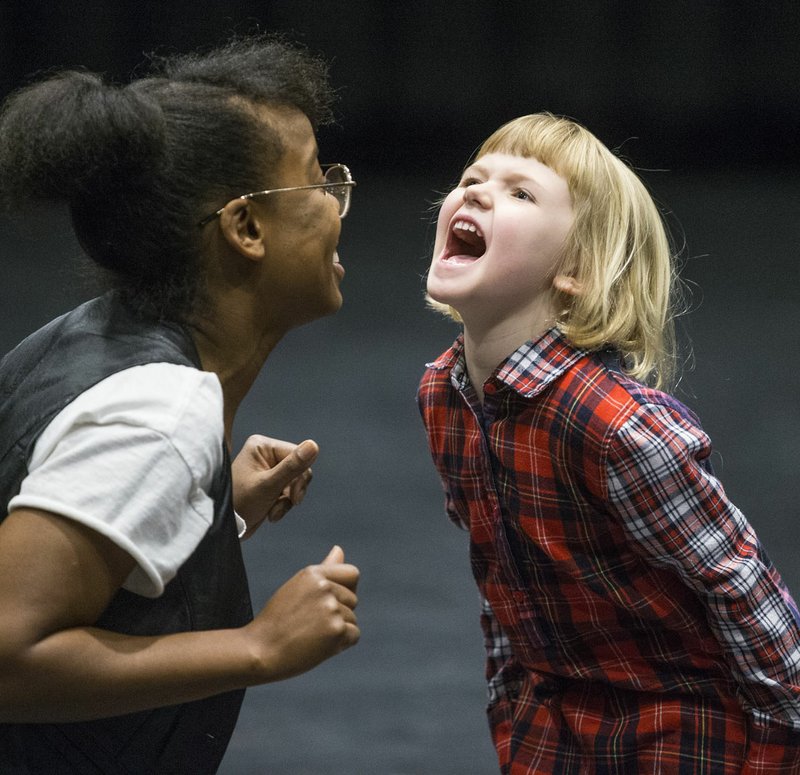 NWA Democrat-Gazette/BEN GOFF @NWABENGOFF Willow Blanchard, 4, of Bella Vista auditions with casting director Dayna Dantzler during the local call for the role of Lulu, the lead character's daughter in the upcoming production of "Waitress."

Casting director Dayna Dantzler must have one of the most adorable jobs in the world: As the person who casts two local 4- to 5-year-old girls for the national tour of the musical "Waitress," she sees anywhere from 30 to 50 tiny, aspiring stage stars in each town where the musical lands.

The Tony Award-nominated show debuted on Broadway in 2017 and is based on the popular 2007 indie movie of the same name. Dantzler is casting Lulu, the main character's daughter, a small but pivotal role, and says using a local tot in the musical is exciting for the locals in the audience.

Vivienne Simmons and Dovie Allen will share the role of “Lulu” in “Waitress.”

"They love it, because it's a hometown girl," she says. "They get to have some pride for that hometown girl when they go to see the show."

Here's how the process works: Dantzler, personable and outgoing, engages the potential Lulu in conversation. Part of the audition is to see what kind of personality each child will bring to the stage. As she asks questions -- "Do you bake? What's your favorite cookie? What's your favorite thing to do at school?" -- the young actresses warm to Dantzler. Once they're relaxed, she has the performer follow a set of instructions that include uttering the one line the child will have in the show. The sequence can be daunting for a youngster who is in a room full of adults she does not know and in a situation she has never encountered and, sure enough, some of the girls have trouble keeping the instructions in the correct order.

"It's tough, at such a young age," acknowledges Dantzler. Still, because there will only be a short period of rehearsal for the girl cast in the role, the ability to follow directions quickly is imperative. "We look for girls that are able to focus, able to take direction, able to adjust when told so. And -- personality. We're just looking for that spark."

Four-year-old Willow Blanchard demonstrates "spark" to spare during the five minutes she has to impress Dantzler. She comes into the room cheerful and ready to talk. She confesses to a love of dogs, especially for her own puppy, Flavor, who, she says, is a "Cemeterian."

Willow's mother, Sammi, later shares that Flavor is a stuffed dog. Willow came up with the breed name "Cemetarian" on her own.

"A friend of mine told me about it -- I didn't know anything about it before that," says Sammi of the auditions. "[Willow] has danced since she could walk, and she makes up songs and loves to sing. She draws all the time, she makes things -- she's just an artsy kind of girl."

In the end, though, the part goes to 5-year-old Dahlia Dove Allen and 4-year-old Vivienne Simmons.

Emily Allen says she told her daughter over the phone that she had gotten the part.

"She just kept saying, 'Is it me? Is it me?'" recalls Allen. But, says Allen, Dahlia is cool and collected regarding being on the WAC's huge stage, in front of a large audience. "She doesn't really like to prep for anything, it's just her personality," says Allen. "We've gone over it a few times, but she's the kind of girl who says, 'I've got it! Let's go.'"

"This is her very first experience on stage," says Jennifer Simmons, mother of Vivienne. "But both of my kids have grown up around theater. I've done costume design in local theater for years, and her big brother has done a lot of acting. She's watched him do it and has been dying to get up on the stage."

In addition to talent and stage presence, there's another thing that makes Vivienne special: When she was 2, she was diagnosed with juvenile arthritis. Simmons hopes seeing Vivienne on stage might serve as encouragement to other children with the disease.

"It's always inspiring to me to see other kids with juvenile arthritis doing cool things," she says. 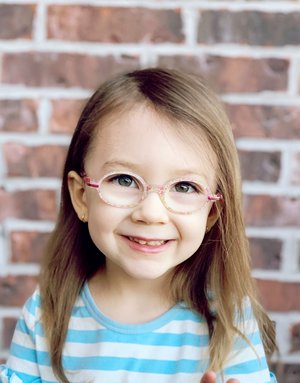 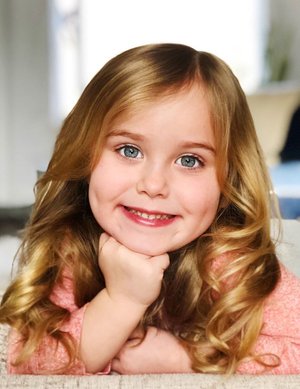