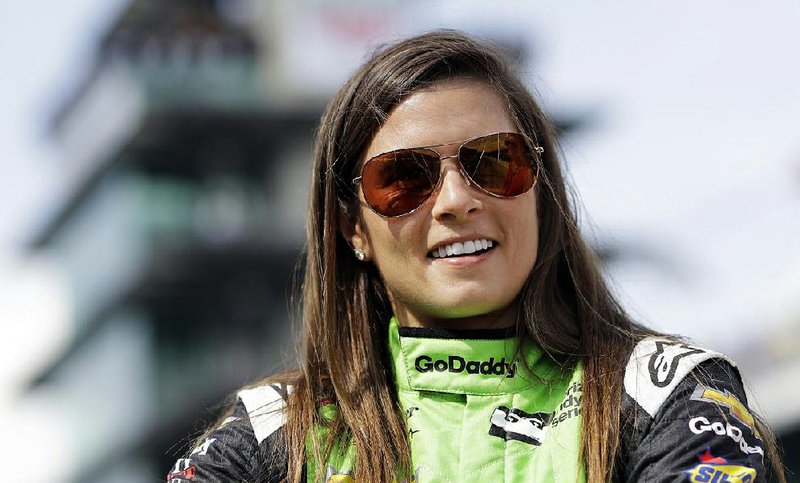 In this May 20, 2018, file photo, Danica Patrick waits during qualifications for the IndyCar Indianapolis 500 auto race at Indianapolis Motor Speedway in Indianapolis.

CHARLOTTE, N.C. -- Danica Patrick choked back tears after crashing out of her final Indianapolis 500, that one last trip around the historic speedway that launched her career coming to such a disappointing close.

She has not been back to a race track in the 10 months since. And she hasn't looked back even once.

NBC Sports announced Wednesday that Patrick will be part of its inaugural broadcast of the Indianapolis 500 in May, a project that will return her to Indianapolis Motor Speedway for the first time since she ended her career there a year ago with the second leg of the "Danica Double." In a telephone interview with The Associated Press, she was asked if she has missed racing since she walked away.

"No. No, I don't. I'm being really honest," Patrick said without hesitation. "I'm not someone who looks back on things and has a lot of regret. I'm really not. Anytime anybody asks me if I could change anything, what would I change? Well, I'm just not the kind of person that really thinks like that. You know, I did it for 27 years and life is so short and there's so much to experience and so much to do. I spent a lot of time racing and now I can spend time doing other things."

She walked away last season after a farewell tour that stopped at Daytona and Indianapolis. Both finales ended in crashes, and Patrick gradually eased into private life following the Indy 500. She was the first woman to host the ESPYs in July, but has spent the bulk of her time enjoying personal travel, occasional speaking engagements and focusing on her wine label.

Patrick has been primarily based in Phoenix since January, when the NFL season ended for quarterback boyfriend Aaron Rodgers, and enjoying the freedom of setting her own schedule.

"I'm an optimist who thinks things will work out even though they can be scary along the way, but I really felt strong enough to make the decision to retire and move on and jump into these other projects I have," Patrick said. "You don't want to be half-hearted going 200 mph. The intention was that I wanted to travel and I wanted to be able to be able to just take a weeklong trip ... plan events in the summer that are really cool, go to concerts."

Part of her retirement schedule took Patrick, who turns 37 next week, on her first return trip to Europe since the start of her racing career. Patrick moved alone as a teenager to England to pursue her career and now admits she was unhappy and didn't enjoy the experience.

It left her with little desire to visit London or Paris as a tourist, but she gave it a shot with friends late last year and found it to be a cathartic trip that helped her make peace with her earlier experiences.

"England was the place that I didn't really like and I had a lot of resentment for it," Patrick said. "Then I get back to London and the people are nice, the food's really, really good and it's a really cool city."

She recalled becoming sick in Paris long ago after eating a steak someone had refused to cook longer.

"I was just, like, miserable and people weren't very nice," she said. "So the French had a reputation in my mind. Then I went back this time and the people were so nice and the food was so good and the city was so beautiful.

"I just had a totally different experience and I think that one is maturity playing a role, and two, you know when your financial position changes and your ability to do more things opens up, that probably helps a little from a practicality side."

Patrick has put her clothing line on hold and although she has continued her social media presence in the fitness space, she's not presently working on a second book. She hopes to start writing more, but a second book would veer away from the health and fitness focus of her debut Pretty Intense.

"I think it would be more spiritual, more metaphysical, quantum science kind of stuff," she said. "Maybe I'll just submit my journal."