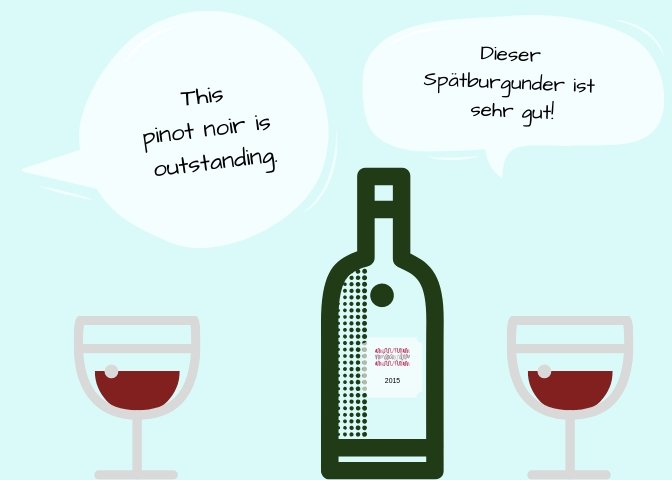 I wish you could have been sitting beside me at a recent tasting. Not just because you would've enjoyed the outstanding wines of the Von Winning vineyards but to understand how we are missing out by not buying more German wine.

We were honored to have Andreas Hutwohl of Von Winning guide us through an unforgettable tasting of some of the most impressive German rieslings and equally amazing pinot noirs.

Of course, we identify Germany with unforgettable rieslings but it was the pinot noirs that had my attention. You may be surprised to learn Germany is the third-largest producer of pinot noir in the world, behind France and the United States.

Germans call the grape spätburgunder, which means late ripening (spät) pinot (Burgunder). (The literal translation is late burgundy.) Pinot noir once accounted for just a speckling of plantings in Germany's 13 wine regions but now makes up more than 50 percent of plantings in regions such as Ahr, Baden and Franken.

I first tasted spätburgunder almost 20 years ago. At that time there were very few examples showcasing the potential of this grape in Germany. It was also when many German vintners were struggling to get their grapes to the desired levels of ripeness before harvest. Today, thanks to innovations in viticulture and new winemaking techniques, ripening isn't a problem and German winemakers are taking these wines to the next level.

When tasting spätburgunder, lovers of pinot noir will find a distinctive, unique expression of this grape. The wines tend to have a fresher, leaner and more aromatic profile than pinot noirs from other regions in the world. As winemaking techniques improve and younger winemakers take the helm we will see more and more high quality pinot noir coming out of Germany.

German riesling is widely available in the United States but German pinot noir is quite limited. Typically, a few dozen to a few hundred cases are imported. You don't want to miss out on this opportunity to taste for yourself Von Winning's lineup.

Lorri Hambuchen is a member of London's Institute of Wines and Spirits. Contact her at the Arkansas Democrat-Gazette, P.O. Box 2221, Little Rock, Ark. 72203, or email: