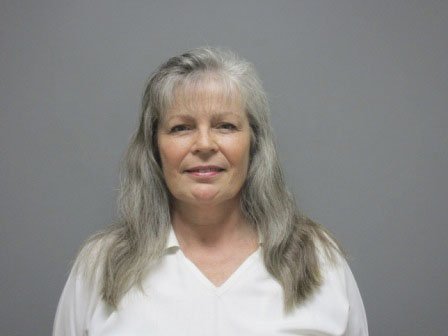 A Carroll County judge has ordered a 57-year-old woman to be released from prison after serving 22 years and nine months for the bludgeoning death of her husband in 1994.

If Belynda Goff were to have a new trial she would be acquitted, Circuit Judge Scott Jackson wrote Wednesday in a resentencing order.

Goff was convicted in 1996 of first-degree murder in the death of her husband, Stephen Goff. She was sentenced to life in prison. She refused a plea bargain and has maintained her innocence.

After an appeal, the case was remanded to Carroll County Circuit Court for resentencing, and in 1998 she was again sentenced to life in prison.

Belynda Goff found her husband's bloody body in the living room of their Berryville apartment early on the morning of June 12, 1994, according to Jackson's resentencing order.

Laboratory testing found none of Belynda Goff's DNA on evidence from the case, Jackson wrote.

Several items of evidence submitted with the case were found to be missing either from the state Crime Laboratory or the Carroll County sheriff's office, according to court filings. They included fingernail clippings and hair that was found on the victim.

"This court has considered the DNA test results with all other evidence in the case, including the joint stipulations of the parties, and the court finds compelling evidence that a new trial would result in an acquittal of the defendant, Belynda Goff," Jackson wrote.

Jackson sentenced Belynda Goff to 32 years and nine months, with 10 years suspended. In other words, he sentenced her to time served, but she must commit no "jailable offenses" over the next decade and she must have no contact with Stephen Goff's family members.

Late Wednesday afternoon, Belynda Goff was still at the Carroll County jail in Berryville. She had been transported there from the state's McPherson prison unit in Newport to appear at the resentencing hearing in Carroll County Circuit Court earlier that day.

Maj. Jerry Williams with the Carroll County sheriff's office said paperwork had been submitted to the Department of Correction to release Goff, but it probably won't be processed until today.

Goff's case had been championed by the Innocence Project, which works to exonerate the wrongly convicted through DNA testing and judicial system changes, according to innocenceproject.org.

Both parties had entered into "joint stipulations of fact," Jackson wrote. He summarized the case timeline in his order, based on those stipulations and "the historical background of the case."

According to Jackson's ruling, Sherri Terrill, an upstairs neighbor of the Goffs, told police that her husband heard three knocks at the Goffs' door about 2 a.m. June 12, 1994. He heard the door open and then "approximately five bangs that sounded like a broomstick hitting the ceiling," Jackson wrote.

Another neighbor, Tina Loftis, told police she was awakened by a loud crash about that same time.

A third neighbor, Jodi Davidson Morgan, told police she saw "two strange men with beers in their hands and a baseball bat in the back of their vehicle" park in front of the Goffs' apartment the previous evening, according to Jackson's order. Michelle Belle also saw the two men at Forest Court Apartments on June 11, 1994, wrote Jackson.

Chris Lindley, Belynda Goff's brother, said he was involved in an arson-for-hire scheme with Stephen Goff, according to Jackson's order.

"Mr. Lindley testified under oath that a few days before his death, Mr. Goff called Mr. Lindley distraught and in fear for his life because he owed a large sum of money related to this arson-for-hire scheme," Jackson wrote.

After Belynda Goff was arrested, her rental home was burned by an arsonist, according to the judge's historical summary of the case.

"No trace of blood was found on hammers recovered from an appliance box in the Goff apartment," Jackson wrote. "At trial, neither the state nor any of its witnesses positively identified any admitted evidence or other item as the murder weapon."

Belynda Goff was a "model prisoner," according to a June 19 court filing by Jane Pucher of the Innocence Project and Doug Norwood, a Rogers attorney.

"Mrs. Goff has continued her education while incarcerated, earning a bachelor's degree and master's degree in religious studies," they wrote. "In 2011, Mrs. Goff joined the Paws in Prison Program as one of its very first participants and began training dogs to serve as guides for disabled children. ... She has been an active Bible study leader throughout her incarceration."

Before her arrest, Belynda Goff worked as a park assistant at Silver Dollar City in Branson from 1990 to 1991 and as a plant worker for Tyson Foods in Berryville from 1991 to 1996, according to the court filing.

For eight years while incarcerated, Belynda Goff processed license applications for the "local Game & Fish Commission," according to the filing. She also worked as a data imaging clerk for Arkansas Correctional Industries.

"Since 2014, she has worked at an off-site facility building harnesses for emergency vehicles as part of the Prison Industry Enhancement Program," wrote Pucher and Norwood. "In that capacity, Mrs. Goff works 10-hour daily shifts six days per week."

"The judge has made a decision," said Tony Rogers, the Carroll County prosecutor. "We'll respect his ruling. I'll put out a press release certainly before the weekend stating our intention from here. This case has got a long and tortuous history."