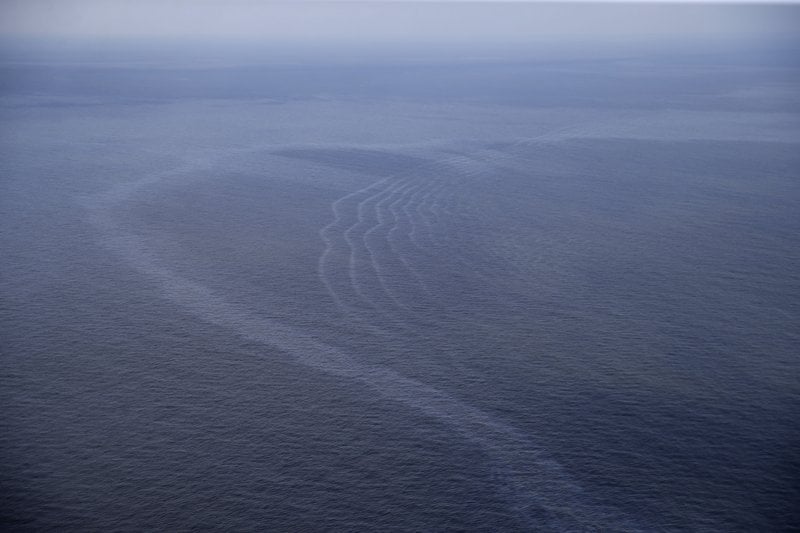 FILE - This March 31, 2015, aerial file photo, shows an oil sheen drifting from the site of the former Taylor Energy oil rig in the Gulf of Mexico, off the coast of Louisiana. A new federally led estimate of oil seeping from a platform toppled off Louisiana 14&#xbd; years ago is below other recent estimates. But the report contradicts the well owner&#x2019;s assertions about the amount and source of oil. Oil and gas have been leaking into the Gulf of Mexico since a subsea mudslide caused by Hurricane Ivan on Sept. 15, 2004 knocked over a Taylor Energy Co. production platform. (AP Photo/Gerald Herbert, File)

A group of American billionaires and multimillionaires wants to pay more in taxes, saying the nation has a "moral, ethical and economic responsibility" to ensure that they do.

In an open letter addressed to the 2020 presidential candidates and published Monday on Medium, the 18 signatories urged political leaders to support a wealth tax on the richest one-tenth of the richest 1% of Americans. "On us," they wrote.

"The next dollar of new tax revenue should come from the most financially fortunate, not from middle-income and lower-income Americans."

Such a tax could "help address the climate crisis, improve the economy, improve health outcomes, fairly create opportunity, and strengthen our democratic freedoms," the letter said. "Instituting a wealth tax is in the interest of our republic."

Among the billionaires and multimillionaires who signed the letter were Abigail Disney, the independent filmmaker, activist and heir to the Disney entertainment empire; Facebook co-founder Chris Hughes; investor and liberal political donor George Soros; and Regan Pritzker, board chairman of the Libra Foundation.

The letter, which emphasized that it was nonpartisan and not to be interpreted as an endorsement of anyone in 2020, noted that several presidential candidates, including Sen. Elizabeth Warren, D-Mass.; South Bend, Ind., Mayor Pete Buttigieg; and former U.S. Rep. Beto O'Rourke, D-Texas, have already signaled interest in addressing the nation's wealth inequality through taxation.