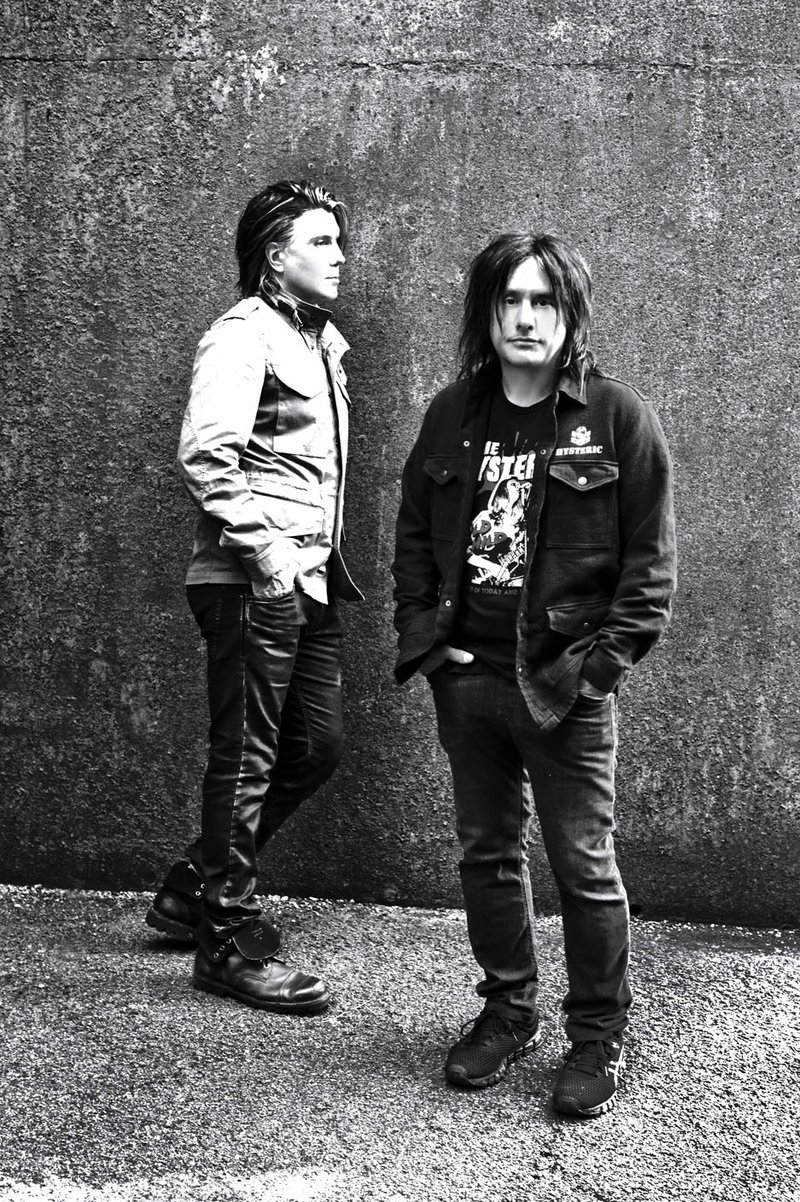 Photo courtesy Mark Dellas Goo Goo Dolls lead guitarist and singer John Rzeznik reveals the band's summer co-headlining tour with Train is the most video-heavy production they've ever put together. It's just something they've always wanted to try out, he admits, but first and foremost, he wants the band "to just kick *ss. The light show and everything else comes after."

For two decades, when John Rzeznik needed to write a song, the frontman for alternative rock outfit Goo Goo Dolls would lock himself in a room to write alone. That method turned out indisputable hits of the '90s and 2000s like "Name," "Slide," "Let Love In" and, of course, "Iris." But after 10 albums, some personnel (and personal) changes and a band coming up on 30 years together, the process had begun to get a bit depressing, he admits.

The 2016 release "Boxes" was Goo Goo Dolls' 11th studio release and a departure for Rzeznik in the writing department; the entire project was created in the spirit of experimentation, he shares.

"I decided that I was at a point in my life and my career where I could push the walls out," he says. "If one day I wanted to sit down with some guy who does EDM music and mess around and try to write a song with him, I could do it. I decided, 'OK, I'm not going do anything that's not fun. I'm not going to work with anybody who's going to bum me out. We're just going to have a good time, and we're going to find new people, and we're going to experiment.'"

In 2017, Train lead singer Pat Monahan expressed a similar feeling to What's Up! about his band's latest album "a girl a bottle a boat" ahead of the group's visit to the Walmart Arkansas Music Pavilion in Rogers. Now, the two music icons return to the AMP on a co-headlining tour that Rzeznik promises will be a "BIG night of big hits."

"I'm sure Pat would tell you the same thing; he and I are both sort of anomalies in the fact that we're still putting records out from our generation of music -- the class of '95 or whatever the hell you want to call it," Rzeznik muses. "From that whole situation we grew out of, the whole post-grunge thing, for us and them to still be making records and still playing big places, and having a career as long as he's had and I've had, that's pretty astounding to me."

Rzeznik promises they won't be skipping any of their biggest songs -- "I hate when bands do that" -- but he also acknowledges the excitement of the next few months. Having a single out when you start a tour is very cool, he says.

The first single for Goo Goo Dolls' forthcoming 12th studio album "Miracle Pill" just dropped on Friday, and Rzeznik says the spirit of collaboration that started with "Boxes" continued through the new album, making it all the more joyful.

"As long as you let go of your ego when you walk in the room and you're not too precious about your ideas being shot down," he adds with a laugh. "Because sometimes your ideas suck. Sometimes my ideas suck! There's no way around it. Just because they came out of my precious little brain doesn't mean they're good stuff. So it's nice to have somebody go, 'Hmm, that line's a real dog. Let's try something else.'"

Sometimes, though, those ideas really are like lightning in a bottle, Rzeznik admits. In a different time, a different place, the megahits he churned out with his pen to a yellow legal pad might never have happened. Getting to the point he and Monahan have reached in their careers, he says, requires surrounding oneself with really good people, some luck and really, really hard work.

"It's gone from the Wright Brothers to landing on the moon. That's how different it is," he adds of how the industry has changed with technology and the internet since the band formed. "And we were really lucky because the one thing the internet can't do is re-create that experience of seeing something live.

"I think it's something that's primal in people; I think they like to gather in groups with a common purpose. It's a very sort of tribal thing. People love to come out and see live music. And that really kept this band going for a long time until we got some of the modern world of the future under control. I mean, it's still the Wild West. And music changes. Tastes change. People change. So you keep going as long as you can, and hopefully you say something legitimate enough that people still listen."