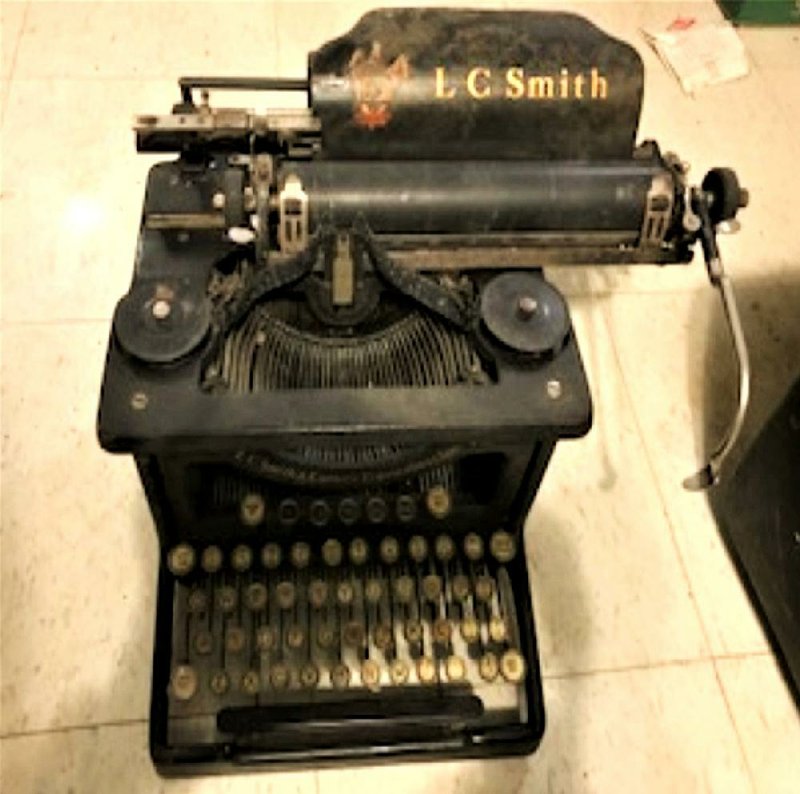 This typewriter is old, but is it a mod-el and maker collectors want?

DEAR HELAINE AND JOE: This typewriter once belonged to my parents. The name on the piece is "L.C. Smith." I do not know its age, but I do know it needs work. Any information would be welcome.

Certain kinds of coffee makers, waffle irons, telephones and the like do have a collector following, but unless they are pioneer models or have a special design, microwave ovens, computers and pressure cookers -- yes, we do get questions about these -- are generally outside the scope of collector interest. Typewriters can be a fun area of collecting because there are so many types and varieties.

It is hard to imagine, but Hugh Hefner's college typewriter recently sold for $130,000 at auction (other Hefner-associated typewriters sold for much, much less). In addition, a model called the Malling-Hansen Writing Ball from 1867 has sold for more than $100,000, also at auction. Unfortunately, run-of-the-mill 20th-century typewriters made by L.C. Smith with no celebrity associations are not in this exalted company.

In the 15th century there was Gutenberg and his movable type, and then, almost 400 years later, there was Englishman Henry Mills, who in 1714 invented a mechanical device designed to imprint letters and numbers on a piece of paper. All we have of Mill's machine is some patent papers. A practical typewriter did not appear until the mid- to late 1860s.

Many inventors tried their hands at making an efficient typewriter, but the father of the American typewriter is said to be Christopher Latham Sholes, who, among other things, originated the QWERTY keyboard still in use today. In 1886, Lyman Cornelius Smith and his brothers (Wilbert, Hurlburt and Monroe) founded the Smith Premier Typewriter Company to manufacture a typewriting machine designed by Alexander T. Brown.

Studying the photographs S.L. sent us, we believe (but cannot be 100% sure) this is an L.C. Smith No. 5 with a 10-inch carriage that was made between 1911 and 1923 (the serial number would have provided an exact date of manufacturer). This is not an uncommon typewriter, and it was made when such machines were standard office equipment.

The photograph along with the note in the letter ("it needs work") suggests to us that this particular machine would probably retail in the $35 to $75 range.

Helaine Fendelman and Joe Rosson have written a number of books on antiques. Do you have an item you'd like to know more about? Contact them at Joe Rosson, 2504 Seymour Ave., Knoxville, TN 37917, or email them at treasures@knology.net. If you'd like your question to be considered for their column, please include a high-resolution photo of the subject, which must be in focus, with your inquiry.